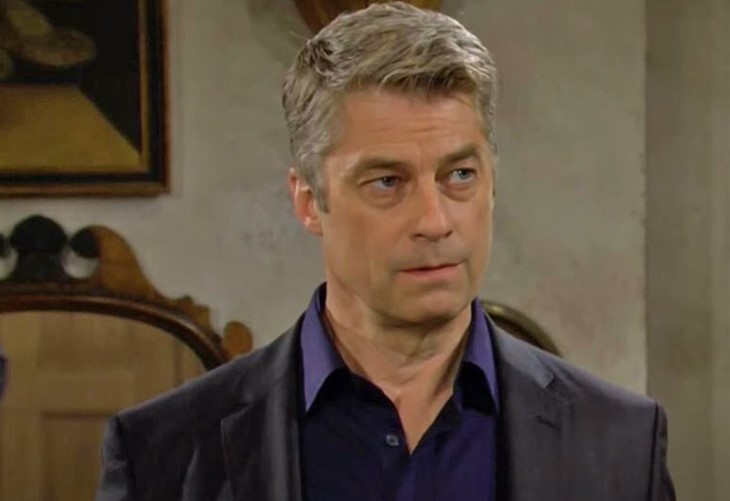 The Young And The Restless Spoilers And Rumors – That Money Was Supposed To Be Mine!

Viewers of The Young and The Restless should recall that in one of Jesse’s first appearances on The Young and The Restless, he confronted Ashland Locke (Richard Burgi) over money Locke had been paying him off with for years. He had heard of Ashland’s dire diagnosis of cancer, and Gaines was afraid his gravy train was going to derail, so he made a demand of more money than Ashland could put together at the time from his various sources! Victor Newman (Eric Braeden) paid Gaines what he wanted to make him go away, but viewers should recall a statement that Gaines made to Locke; “That money was supposed to be mine”!

Gaines appeared to have been referring to Camilla Rhodes’ will. The big question is, why would he feel he was entitled to the money? Could it be because Gaines Jr. was much more connected to Camilla than he claimed? All that he has been revealed as up to this point is Jesse Gaines Sr.’s (uncast character) son, who was Camilla’s lawyer and drew up the fake will that left Camilla’s money and two television stations to Locke instead of to a cat sanctuary!

Viewers of The Young and The Restless will also recall that Gaines was paid off by Billy Abbott (Jason Thompson) to spill more contaminated tea on Locke, which caused Billy to get even further into Victor Newman’s (Eric Braeden) crosshairs than he already was! Victor and Adam Newman (Mark Grossman) forced Gaines into cooperating with Victor’s attack on ChancComm, which was meant against Billy more than the company – because of Victor’s long term friendship with the Winters family, Adam had even offered Lily Winters (Christel Khalil) a better paying position with Newman Media.

She declined, but didn’t pick up on what should have been a huge clue that something was going down against ChancComm! Viewers of The Young and The Restless saw that Lily was just as blindsided as Billy, when Gaines revealed that he had fed a fake exposé on Locke to them and then Adam likely had been the one to hack into ChancComm’s servers and sent one of their reporters a fake email from Billy giving him the go-ahead to publish the story!

It is obvious to viewers of The Young and The Restless that in order to be able to force Gaines into cooperating with their attack on ChancComm, in which Gaines told them the whole story was fake – presumably the story about her will – they have some kind of leverage over him! Ashland Locke’s secret past as Bobby DeFranco and his taking over the real Ashland’s identity and job with Camilla may be true, but there has to be more! Why else would Ashland have paid Gaines for all those years to keep what he knew to himself? Why would Gaines think he was entitled to Camilla’s money unless he is her son? The only other option would be that the real Ashland didn’t die in that wreck – and returned to haunt Bobby DeFranco after he took over his identity, in the person of Jesse Gaines Jr.!

Who Is Gwen On Days Of Our Lives?