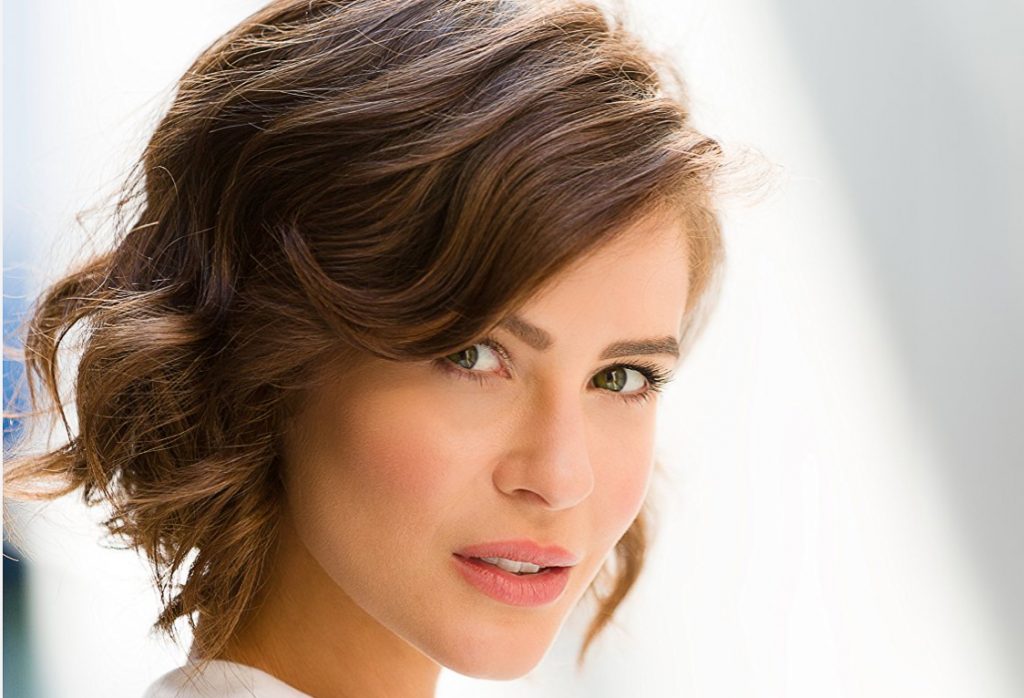 Days of Our Lives spoilers and rumors tease that Linsey Godfrey, who played Sarah Horton before Kristen DiMera (Stacy Haiduk) kidnapped her, may be returning to reprise her role on Days of Our Lives and is filming even now. In a selfie taken by Mary Beth Evans and Stephen Nichols in the makeup room of the studio, a petite brunette can be seen in the background – and it could be Linsey!

Days Of Our Lives Spoilers And Rumors – Sarah Horton Will Return, It’s Just A Matter Of When

Days of Our Lives viewers know that with all the talk of Sarah on the show lately, it’s just a matter of time before she returns to Days of Our Lives! In recent episodes, Kristen, who had kidnapped Sarah and shipped her to a Greek island in a steamer trunk, blackmailed Gwen Rizchech (Emily O’Brien) into breaking her out of jail by threatening to tell Xander Cook (Paul Telfer) the truth! Sarah’s mother, Maggie Horton (Suzanne Rogers) has also returned – and Kristen revealed she’d been texting from Sarah’s phone with occasional updates so that her absence wouldn’t be questioned. The story had been that Sarah had dumped Xander on the night before their wedding and went back to her ex-husband Rex Brady (Kyle Lowder), but it had really been Kristen impersonating Sarah and she dumped Rex in short order and he returned to Chicago alone! Kristen hasn’t explained the part about Rex’s lack of contact!

Days of Our Lives viewers can see that on Mary Beth, who plays Kayla Johnson, and Stephen’s, who plays Steve Johnson, selfie, the petite brunette seen in the background certainly looks like Linsey. If Days of Our Lives fans check out Mary Beth’s Instagram, however, they will see that she posted a video of the two of them saying Happy Thanksgiving, and the brunette’s face – although masked for Covid protocol – can be seen in the mirror! Linsey’s recent Instagram shots also resemble the mystery woman in the background of the video, although there haven’t been any official announcements of Linsey’s return to date. She’s doing something on her own phone, although nothing showed up in Linsey’s social media that would match up with Mary Beth’s video. Bear in mind that Days of Our Lives films around six months ahead of airdate, so Sarah may not show up for a while if Linsey indeed is reprising her role!

Days of Our Lives viewers may recall that several months ago, Kyle Lowder, who plays Rex, was also seen in a selfie in the Days of Our Lives studio, leading to fan buzz that Rex would return to Salem minus Sarah and the secret would be out! However, if he was filming at the time he has since taken down the post – but usually that means something slipped out that he wasn’t supposed to tell just yet.

Whether a scene was cut or just not shown yet remains to be revealed, but as previously mentioned, if Rex turns out to be part of a future storyline that hasn’t yet been shown, it, too, could take several months before it’s seen on the air. Scenes are not always filmed in order, and there is a lot of behind the scenes work that is done by film editors and the like before the finished product is ready. As for the questions about if that is Linsey in the background of the video, and if Rex will show up in Salem, Days of Our Lives viewers will just have to watch and wait to see!