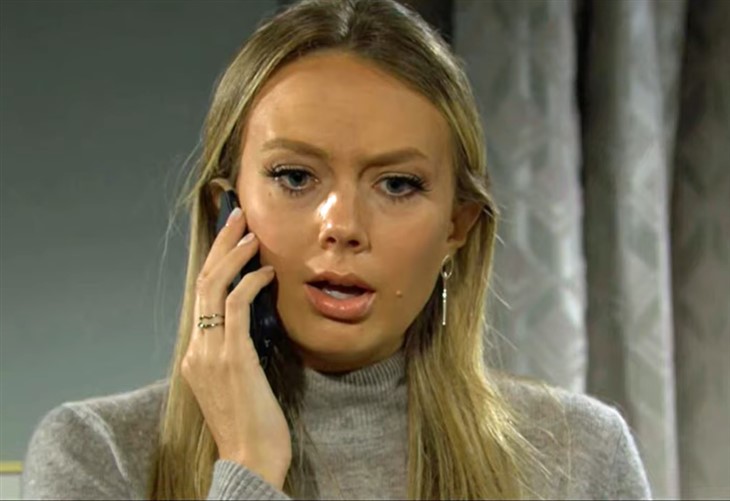 The Young and the Restless spoilers for Monday, November 22, 2021, reveal Victor Newman and Ashley Abbott frantically searching for their daughter, who thinks she’s found the key to her happiness.

The Young And The Restless Spoilers – What Will Victor Newman And Ashley Abbott Find?

Victor (Eric Braeden) and Ashley (Eileen Davidson) were so concerned about Abby (Melissa Ordway) jetting off to parts unknown that they decided they needed to jet off, as well. They need to find Abby and bring her home to her son. Seeing how angry Devon Hamilton (Bryton James) is at Abby for abandoning the baby makes them think he may fight her for custody. But little do they know, Abby believes she finally found Chance (Conner Floyd) and is on her way to get her husband. Is this a set up or will Abby’s dreams come true?

Abby also has no clue her parents are on the way and might interfere with her plan and think she is crazy. Will she really manage to find Chance before Victor and Ashley find her? Maybe she can even bring Chance home for Thanksgiving.

Y&R Spoilers – Jack Abbott Has A Surprise For Phyllis Summers

Phyllis Summers (Michelle Stafford) is finally realizing she doesn’t need Nick (Joshua Morrow) in her life after all and perhaps she should stop with the self-pity and realize the man who could make her happy is right in front of her face — Jack Abbott (Peter Bergman). She even knows Jack is still in love with her because he told her son.

On Monday, Jack presents Phyllis with something totally unexpected. Will it be the start of something new from this pair who can never seem to stay away from one another in th end?

It’s been clear Noah (Rory Gibson) has been hiding something that’s more than just a broken heart. Yes, he says he had someone while in Europe and it ended badly. But he has never said who he was with and what happened to cause the breakup. He is about to open up more on Monday and we suspect he will open up to Tessa Porter (Cait Fairbanks). Stay tuned to the Young and the Restless weekdays to see how these stories play out.

Days Of Our Lives Spoilers: Steve Gets A Lead On The Missing John Black