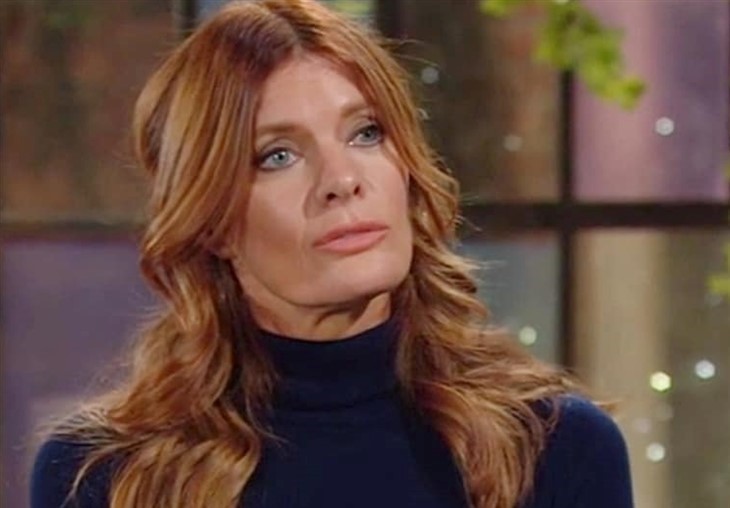 The Young and the Restless (Y&R) spoilers document that Phyllis Summers (Michelle Stafford) has fallen upon hard personal times. She is very fragile, as her latest open conversation with Jack Abbott (Peter Bergman) proved.

Devoted viewers look back at the openness Jack offered to Phyllis in the recent past. Sitting on the sofa at the fabled Abbott mansion, Jack told Phyllis he still loved her.

Phyllis was still part of Phick at that time. She was taken aback by Jack’s unexpected admission. However, the two-time spouses and enduring friends got closer since that talk, which is revealing in retrospect.

Phyllis told Jack at Society that she had reservations about a Phick reboot and that Nick Newman (Joshua Morrow) pushed for it. No, Phyllis, that is arguably not true.

As hardcore fans recall, Phyllis wanted to reestablish trust with Nick when she returned from Las Vegas, Nevada in 2019. That was the point in the plot where Stafford’s departure from General Hospital became public knowledge and Gina Tognoni’s (Phyllis) contract was not renewed.

Stafford’s stunning return to Y&R did not create a revert of the Phyllis character. Generally following in the direction that Phyllis was written during Tognoni’s tenure, Stafford has also been playing a softer version of this alter ego.

Y&R Spoilers – Nick Newman Did Not Want Phick To End

Just as Nick did not push for Phick to revive, he did not call for its end. He told Phyllis that he was distracted by family issues that were not related to her or their pairing.

Phyllis decided that Phick was flawed. She believed that Nick’s ties to his family represented barriers to Phick’s survival. That did not make sense and was more reflective of Phyllis’ unresolved feelings about her parents and sister, Avery Clark (Jessica Collins).

Nevertheless, Nick went along with Phyllis’ decision to end Phick. He felt that her comments about his family were a deal-breaker. That decision came across as a cop-out, rather than a relationship hill Nick had to die on.

Phyllis’ potential rebound from Nick to Jack can be written with a new twist. In the past, Phyllis and Jack or Phyllis and Nick were certain about uniting or reuniting.

Today, Phyllis is not rushing to Jack’s arms. She is referring to him as a friend.

Jack’s love has been expressed. But he is not taking advantage of the situation to ensure a Phack comeback.

Jack’s caution is real, with a plausible choice to move toward or away from Phyllis existing. That projects intriguing soap, as long as new angles do not cover old ground.