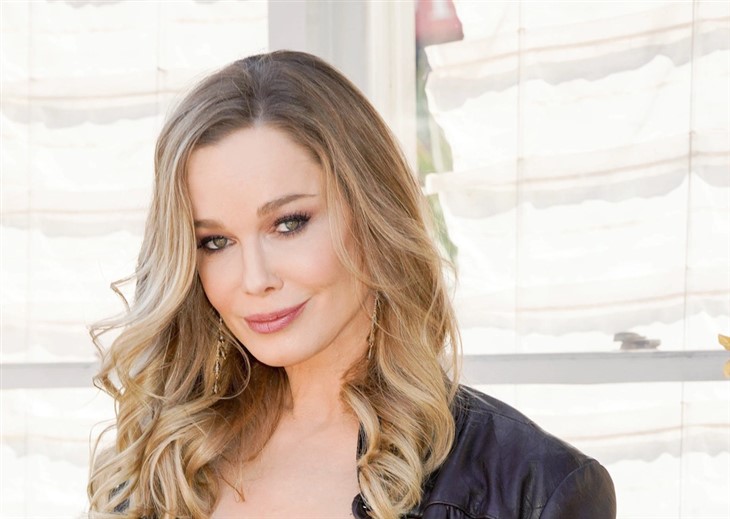 The Young and the Restless spoilers and rumors document that Nick Newman (Joshua Morrow) is conflicted. He and Phyllis Summers (Michelle Stafford) are over again.

So, Donna was fired from Forrester Creations. Eric also told her that they can no longer maintain personal contact because he has to abide by his wife’s wishes.

Who Was Grace Turner On Y&R?

Longtime viewers know who Grace was. Newer viewers may have heard her name mentioned on occasion. So, here is a memory refresher and a mini primer.

Grace was Sharon’s best friend. Gareis’ character and her boyfriend, Tony Viscardi (as originally played by Nick Scotti at that point in the plot) moved from Madison, Wisconsin, where she and Sharon grew up, to Genoa City, Wisconsin.

Grace’s efforts led to Sharon’s reunion with Cassie, which remains one of Y&R’s most beloved storylines. But Grace later betrayed her selfless efforts by becoming romantically involved with Nick.

That ended the close friendship between Sharon and Grace. Viewers last briefly saw Grace in 2014, after having not seen Gareis’ Y&R alter ego since 2004.

Phyllis decided that she wanted to re-earn Nick’s trust in 2019. That was when Y&R recast the part. Gina Tognoni (Phyllis), who replaced Stafford when joining the cast in 2014, was replaced by the original Phyllis (Stafford).

It took time, but Nick wore down. He rediscovered his love for Phyllis but did not deepen their re-connection.

Phyllis sensed that Nick was restless, with that adjective reference to this soap’s title always representing a wink to the fans. She was right, with the Vashland wedding and resulting fallout serving to split this edition of Phick.

The Young And The Restless Spoilers – Grace Turner In The Mix?

In current storyline time, Noah questioned aloud whether Nick has ever gotten over his mom. That could represent nothing more than an adult son hoping his parents reconcile, or Gibson’s line could telegraph more.

If Donna is being shelved for a while on B&B, then Gareis could easily be written back into Y&R. Many plausible scenarios could enable her return to GC.

Nick’s chemistry with Grace was intense. Her reappearance would surely take Sharon back to yesterday and potentially mean a revisiting of all things Shick.