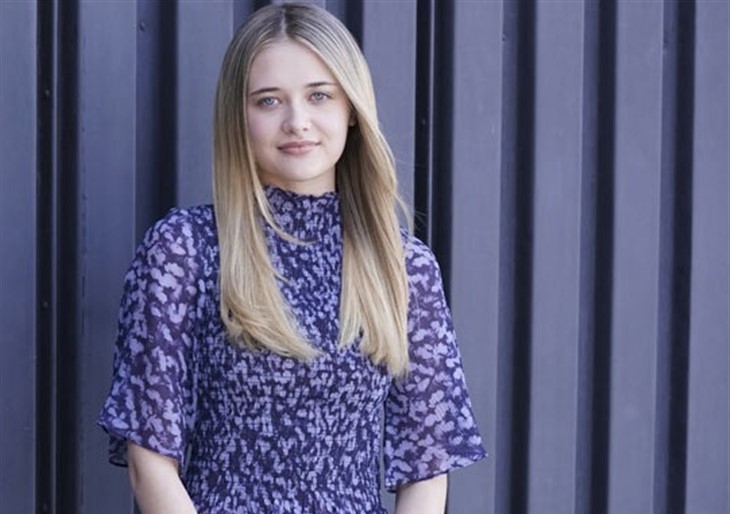 The Young and the Restless spoilers and updates tease that Reylynn Newman hasn’t been seen on screen lately. Because of her noticeable absence and lack of screen time, many fans are wondering if she has left the show.

Caster has been with The Young and the Restless as Faith Newman since March of 2021. She was a recast for the role, which was previously portrayed by Alyvia Alyn Lind. The latter had to leave after landing a gig as a series regular in the Syfy horror series titled Chucky.

Her alter ego has been through so much this year. She’s experienced underage drinking issues, bullying, car accident, going into rehab and undergoing surgery.

The Young And The Restless – Faith Newman And Moses’ Winters Relationship

All these things happened before summer. Since then, viewers have seen the character engage in a romantic relationship with Moses (Jacob Aaron Gaines). Nothing much has happened in their relationship and Faith hasn’t been part of any new storyline so far.

Because of this, many fans got worried. One asked if the actress is still on contract. This fan also said on his tweet that Faith didn’t show up even during all the family scenes between the Newman members, and is wondering why.

The actress also shared on Twitter that she recently attended a The Young and the Restless wardrobe fitting, which means she’ll be back on screen soon. Nothing much is known as to whether what storyline she’ll be part of. But it’s good to know that she’s not going anywhere.

Lily Winters (Christel Khalil) will take it upon herself to save ChancComm from the damage that Billy Abbott (Jason Thompson) may cause because of his vendetta against Adam Newman (Mark Grossman).

Billy has taken things personally so Lily will feel that he should ask Victoria herself for help. Unfortunately, Victoria doesn’t want to meddle with those affairs. She’s too busy with Ashland Locke (Richard Burgi) and doesn’t have the time to deal with Billy’s problems. She doesn’t even care if Lily is caught in the crossfire.

Billy will also defy Lily’s wishes and proceed with his plan against Adam. The odds are in his favor. What could he possibly have that he could use against Adam? Does it have something to do with Jesse Gaines (Jamison Jones)?