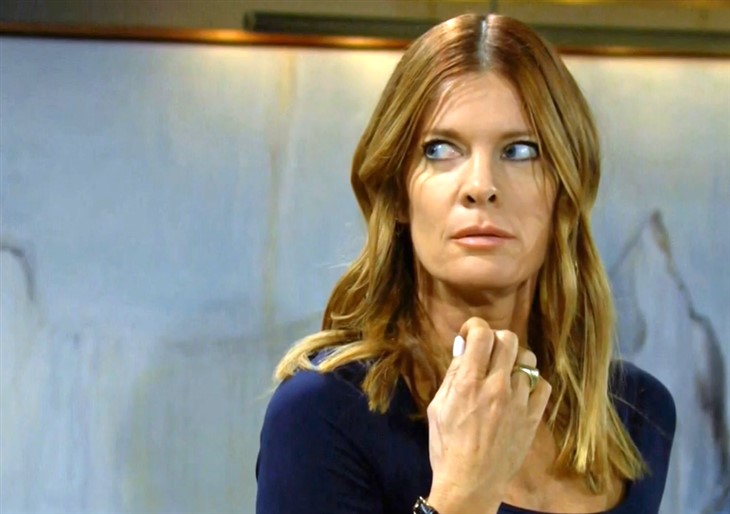 The Young and the Restless spoilers document that Phyllis Summers (Michelle Stafford) is not to blame for the Phick breakup. While her reputation precedes here, Jack Abbott (Peter Bergman) knows that Red did not provoke the latest romantic tear with Nick Newman (Joshua Morrow). That outcome rests on Nick’s conscience.

One would think that Jack’s most recent soul-purge, where he acknowledged that Phyllis remains the love of his life, inclines him to pounce. Phyllis is suddenly single. So Jack is her to-go guy? Not necessarily.

The Young And The Restless Spoilers – Suddenly Single Is Not Ideal

Phyllis needs time and space to digest what happened. While she felt Phick breaking this fall, the rebooted couple was arguably sailing along for more than a year.

It is not that Jack is convinced Phyllis and Nick are taking a forced break and will reconcile by Thanksgiving or Christmas. Instead, Jack is aware of Phyllis’ history with both men.

Jack is gun-shy and is right to be. He does not want to risk his heart only to have Phyllis reject the offer or take it. Jack is caught in between this time around.

Y&R Spoilers – Which Of The Three Is The One?

Danny Romalotti (Michael Damian) married Phyllis on three different occasions. That nuptial trio happened in the 1990s. That was before Phyllis and Jack initially married in 2001.

Jack was Phyllis’ last husband, as Phack remarried in 2015. However, the revival was short-lived, as they divorced again in 2016.

The Young And The Restless Spoilers – Today’s Editions Are More Mature?

Jack was married multiple times. A brief version of his love life asserts the late Luan Volien Abbott (Elizabeth Sung), the mother of his eldest son, Keemo Abbott (Philip Moon), as his most tender romantic connection.

Luan’s place in heaven leaves Phyllis as Jack’s top love match here on earth. He can retain his selected positive memories and friendship with Phyllis by not seeking romantic involvement with her ever again. But that would not create compelling soap.

So, fans of Phack might be hoping that Jack takes a risk. They also could believe that Phyllis should give him another chance.