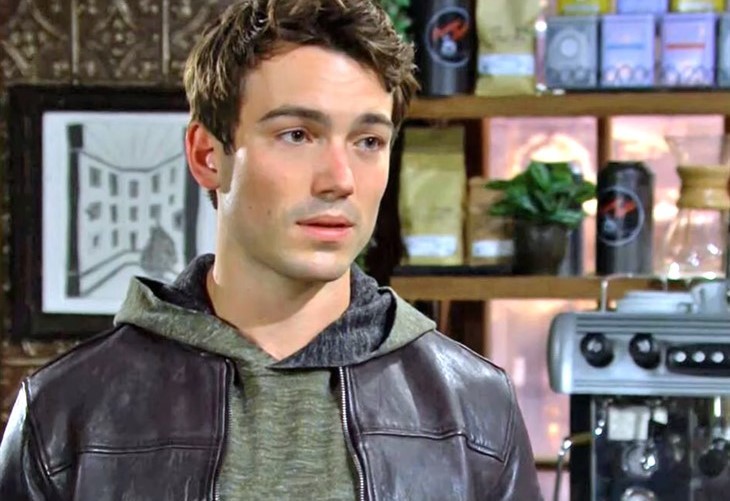 Viewers of The Young and The Restless will recall that Noah has gradually revealed some clues as to why he left a promising career in London, England to move back home to Genoa City to hang out there for a while. During his talk with Tessa Porter (Cait Fairbanks) at the wedding of Victoria Newman (Amelia Heinle) and Ashland Locke (Richard Burgi) he hinted at a bad breakup while formatting his life in the form of a story that sounded a bit like a fairy tale.

But in most cases, as viewers of The Young and The Restless know, a bad breakup doesn’t mean one cannot live in a large city like London without running into the person one has been hurt by, so Noah’s loved ones , including his parents and Mariah, are worried about Noah. There must be more to the story. Noah had revealed a little more, confirming his heart had been broken in London to Nick Newman (Joshua Morrow) and Sharon Rosales (Sharon Case) but not many details. Noah wants everyone to think he’s okay and just needs new scenery.

Viewers of The Young and The Restless will find that Noah is desperately trying to convince his loved ones and friends, as well as himself, that he is fine, and his decision to move back home has nothing to do with what happened to him in London. Mariah tries to dig more of the truth out of Noah, not buying that he’s really as fine as he says he is, and admits that their mother Sharon is worried about him too. Noah, however, doesn’t reveal much – he is a pretty private person and has quite a bit of inherited macho from his dad as well.

His family’s worries stem from the fact that he was so successful in his career in London, and they don’t understand why he doesn’t seem to want to stay in that success. But Noah doesn’t tell Mariah much, except that it was a “love thing” and he is very relieved when Mariah decides to drop the subject. Viewers of The Young and The Restless will see as time goes on, that he doesn’t want to talk about it because he dreads telling the whole truth of what actually happened!

Longtime viewers of The Young and The Restless will remember that Noah moved to London after Tessa, who he had fallen in love with, had dumped him for Mariah! It is not so surprising if Noah hurt so deeply over Tessa that he had to move across the ocean to get over her, that he now has moved back from across the ocean to get over his latest London love! It seems to be somewhat of a pattern for Noah to have to move far away from the ones who have hurt him in order for him to heal.

Perhaps viewers of The Young and The Restless will find out in future episodes that this loss is worse because it was worse than a bad breakup – maybe Noah’s love interest passed away. Either way, he’s doing his best to act like everything is okay and he’s okay, even though his family and possibly even Tessa can see right through him!