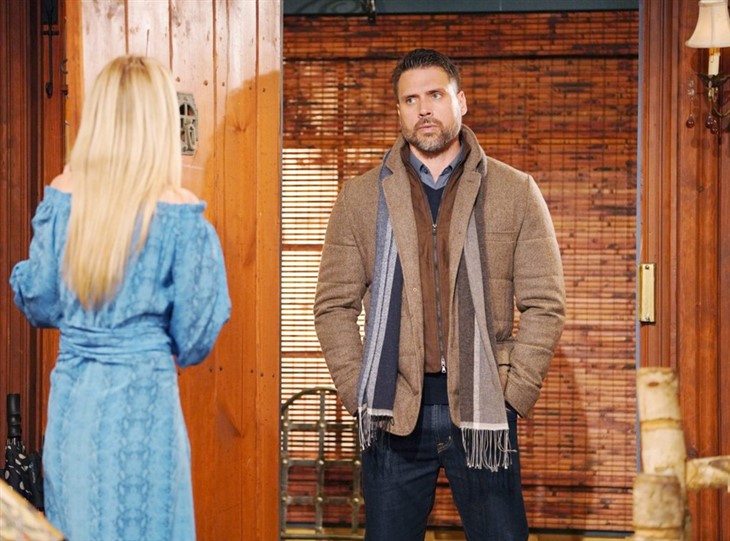 The Young and the Restless spoilers reveal Sharon even more settled into her boring life with Rey Rosales as she pours coffee and listens to everyone’s problems while Nick continues to be at a crossroads in his life. Maybe they need to take another look at each other and acknowledge that soap opera truth. They are one another’s destiny.

The Young And The Restless Spoilers – The Case For Shick

Sharon (Sharon Case) and Nick (Joshua Morrow) were once one of those rare soap couples that stayed married for more than a hot minute. After getting married straight out of high school, they stayed married for years and raised children together until tragedy struck and took their teenage daughter, Cassie (Camryn Grimes). That was when their marriage ended but not their love, and in the years since, they had another child together and almost married again several times. Just because it never happened doesn’t mean it’s not meant to be.

No other relationship ever works out for Sharon and Nick for a reason. They belong with each other. At the moment, Sharon looks like she is about to fall asleep if she has to stay wed to Rey much longer and Nick is having dreams of what his life will look like without Phyllis Summers (Michelle Stafford) in it because the only things they have in common are video games and great sex. While those things can be amazing on the surface, they are not what makes a great love story.

But Sharon and Nick are always there for one another to vent and to listen no matter what happens between them because they are each other’s soulmates. And maybe they are finally at the point where they can get it together again. If they were able to maintain a love and marriage as people barely out of their teens, surely the maturity has now developed to do it again.

A great love story is what this soap is missing at the moment and Sharon and Nick are right there to explore again. They made it down the aisle but never said their ‘I Dos’ in 2018 but four years can make a big difference, especially in soap time. Stay tuned to The Young and the Restless to see if the show does what it needs to do with Shick.