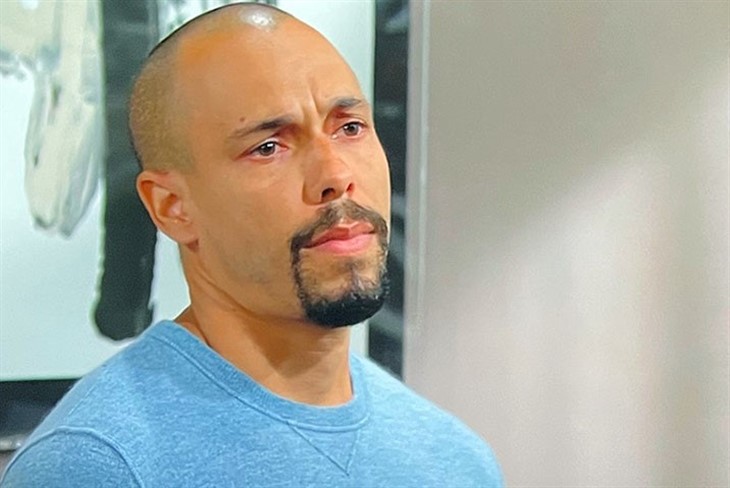 The Young And The Restless Spoilers – Devon Hamilton’s Bombshell

Y&R spoilers reveal that the preview clip shows Devon going to talk to Abby and Chance Chancellor (Conner Floyd). Devon has made a decision regarding Dominic Newman-Abbott-Chancellor and wants more time with the baby. Not only does he want more time, but that includes overnight visits and asks for the legal documents to be revised.

Chance looks pretty upset but stays silent as he looks the other way and takes a deep breath. Meanwhile, Abby says that it sounds as if Devon wants shared custody. Devon replies, “Practically speaking, yes.”

As for Billy Abbott (Jason Thompson), he gets busted by Victoria Newman-Locke (Amelia Heinle). It is teased in Soap Opera Digest that Victoria slams Billy for drinking and avoiding his responsibilities as a parent. Apparently, Billy hasn’t been video chatting with his kids while they are in boarding school. Then, Victoria takes a sip of his drink only to discover it’s not alcohol but apple juice.

The weekly preview shows Billy trying to make a deal with Victoria. However, will she agree or blow his whole plan to pieces?

The Young and the Restless spoilers reveal that Chelsea Lawson (Melissa Claire Egan) got to spend Christmas with Adam. However, New Year’s Eve will be a different story. Adam and Sally play around with the idea of spending the new year together. However, how will Chelsea react when she finds out? Fans better believe Sally will try to get Adam in bed, so we will have to see if she rubs that in Chelsea’s face.

As for what else to expect during the week of December 27, Ashland Locke (Richard Burgi) has another medical update. Chelsea and Chloe Mitchell (Elizabeth Hendrickson) formulate a strategy while Lauren Fenmore Baldwin (Tracey E. Bergman) takes matters into her own hands. Elena Dawson (Brytni Sarpy) looks forward to a new beginning while Chloe and Kevin Fisher (Greg Rikaart) make a resolution.

Which storyline are you looking forward to seeing the most during the week of December 27? What are your predictions for the residents of Genoa City? Let us know your thoughts and remember to keep watching the CBS soap to find out what happens next.