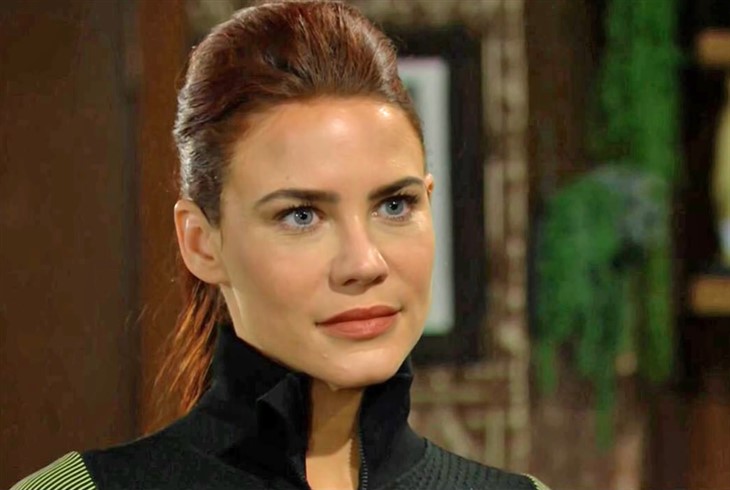 The Young and the Restless (Y&R) spoilers for Wednesday, October 13, 2021, reveal Sally Spectra is still determined to make sure Victoria Newman wears her masterpiece wedding dress creation at her wedding to the man who does nothing but lie to her.

Although Adam Newman (Mark Grossman) has warned Sally Spectra (Courtney Hope) they will never be anything but business associates, Adam still allowed her and the wedding dress she designed to hop a flight to Tuscany on the Newman jet. Adam knows how desperate Sally is for Victoria (Amelia Heinle) to wear this dress and he’s going to at least help her out.

Of course, Sally nearly gets caught when she tries to replace the gown she designed with the one Fenmore’s designed. Victoria hates that dress anyway, but Sally is convinced when she sees this one (which looks remarkably similar to the one Victoria hates) that she will have no choice but to put this gown on. Who cares how it got there? It will just have to be the dress of Victoria’s dreams.

Y&R Spoilers – What Did Billy Abbott Do Now?

Meanwhile, Billy Boy Abbott (Jason Thompson) is determined to stop this wedding, while The Great Victor Newman (Eric Braeden) has sworn to keep his eyes on the man with who Victoria once married and had children. Still, Billy refuses to allow Victoria to make such a mistake as to marry this man who calls himself Ashland Locke (Richard Burgi) and stole everything he has.

On Wednesday, he and Lily Winters (Christel Khalil) find themselves offering their apologies. Is this all part of Billy’s plan to stop the wedding in its tracks as soon as it begins with the help of Jessie Gaines?

The Young And The Restless Spoilers – Jack Abbott Has A Problem

Spoilers say that Jack (Peter Bergman) is forced to take the high road at the wedding. Does that mean he leaves Nick Newman (Joshua Morrow) and Phyllis Summers (Michelle Stafford) alone or does he try to distance himself from whatever mess Billy is trying to get himself into? Stay tuned to the Young and the Restless weekdays to see how if anyone can manage to stop Victoria from making this grave mistake with her life.