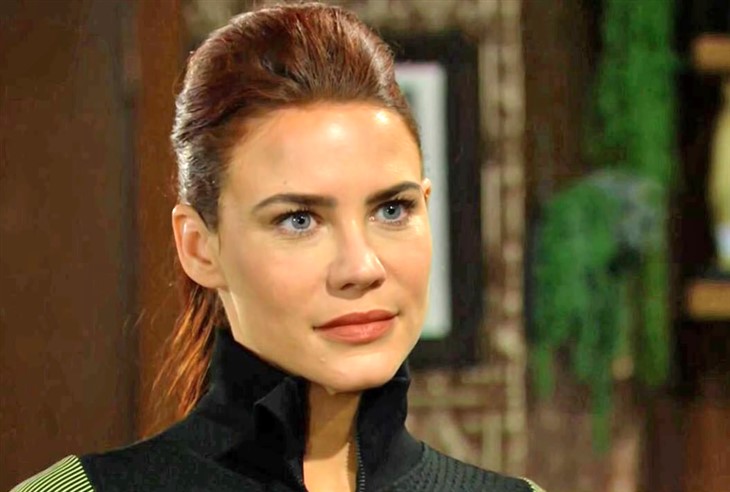 The Young and The Restless (Y&R) spoilers and updates tease Chloe acknowledged that the design Sally came up with seems to be ideal for her boss’s sister. She is concerned because she does not believe Vicki will consider Ms. Spectra’s idea but this gown might just save the day.

The Young And The Restless Spoilers- Sally Spectra Schemes Again

On Tuesday Chloe Fisher (Elizabeth Hendrickson) agreed that Sally Spectra (Courtney Hope) has designed the ideal one-of-a-kind wedding gown for Victoria Newman (Amelia Heinle). Sally had been at The Grand Phoenix listening as Lauren Baldwin (Tracey Bregman) took Victoria to a suite to look at the wedding dress she had designed.

Phyllis Summers (Michelle Stafford) made a point of saying that they were heading to room 600 twice before kicking Sally out of her hotel when Ms. Spectra attempted to follow Vicki and Lauren. Once the duo arrived in the suite Victoria was less than impressed with the gown. Lauren told Victoria that she could have some alterations made even as Sally was sending her design to be made into Vicki’s dream dress.

Sally told the person she was talking to that money was no option and was told the wedding gown would be ready pretty quickly. Once her creation is completed she will have to find a way to present it to the bride to be and perhaps her knowledge of room 600 might come in useful.

Y&R Spoilers – Much Ado About Nothing

Spoilers have already said that Victoria will end up alone but it’s not clear whether or not the wedding will take place first. She might love Sally’s gown and choose to wear it even though she will not have a happy ending. Sally might even find herself traveling to the nuptials, in Italy as the plus one of Adam Newman.

Below Deck Mediterranean: Per Captain Sandy, Hannah Ferrier Is ‘Still Angry’ About Being Fired