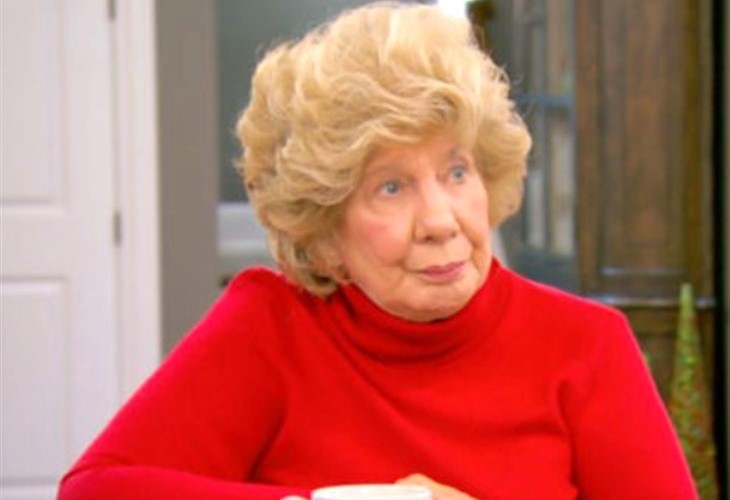 According to TV Shows Ace, the 24-year-old reality TV star and entrepreneur blasted her Nanny for having 40,000 miles on her car after only having it for a year and a half.

Savanna then added, for comparison, that she had had her care for three years and only had 36,000 miles on it.
Of course, her spry grandmother quickly clapped back saying, “Well, you don’t drive your car.”

Chrisley Knows Best – ‘I Drive Wherever I Need To Go’

The Chrisley Knows Best star answered her nanny back, saying that she drove her car anywhere she needed to go.

Nanny Faye, who doesn’t appear to have lost any wit over the years quickly responded saying that she too drove her care anywhere she needed to go.

This could just mean that Nanny Faye Chrisley has a livelier life than does Savannah at her young age. Of course, as most conversations between the Chrisleys go, this one too was mostly in jest. This is the main reason that fans continue to tune into and follow the Chrisley family.

Another example of Chrisley Knows Best humorous banter at its finest was previewed on October 8 when the official Chrisley_USA Instagram page dropped a trailer for the show.

In the clip, we see Chase Chrisley groaning in delight over a plate of what appeared to be spicy food.
At this point, Nany Faye says, “When I eat something that hot, I have to do the Tennessee Two-Step.”

Seemingly perplexed, Chase asks, “What the hell is that?”

As the scene fades, Chase can be seen giggling at his grandmother’s frankness.

Later on in the clip, a box comes in the mail, and Todd, Savannah, and an unknown individual are standing around discussing its contents due to a buzzing sound coming from within.

As Nanny Faye enters the room, she shows excitement referring to the item as a “lint lizard” explaining that it takes lint from the dryer.

Todd then glowers at his family in disgust saying, “Y’all [sic] are the most perverted group of people,” and his daughter claps back, saying, “You’re the one thinking you’ve got a sex toy over there!”

Hilariously, Nanny Faye blurts out, “Why would I use a sex toy when there’s plenty of men available,” which apparently traumatized her son from the look on Todd Chrisley’s face.

And again, this is the type of banter that has long endeared fans to the show.
image.png

Fans of Chrisley Knows Best can catch new episodes on Thursday at 7 and 7:30 PM Central on The USA Network

DOOL Spoilers: Should MarDevil Stay Or Should She Go? Vote Now!