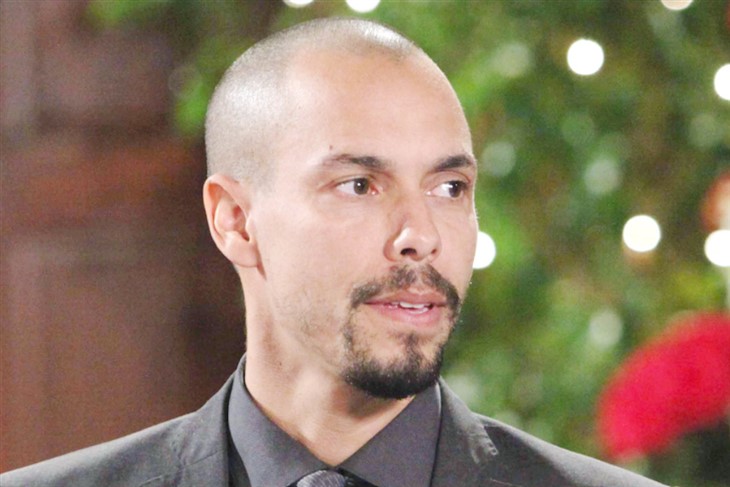 The Young and The Restless spoilers tease that during the two weeks of October 4-10 and October 11-15 there will be lots of drama going on for fans of The Young And The Restless!

During the week of October 4-10 on The Young and The Restless, Abby Chancellor (Melissa Ordway) will have a crisis with baby Dominic Chancellor (uncast). Dominic won’t be feeling well, but surrogate daddy Devon Hamilton (Bryton James) will come to the rescue. Devon and Abby will grow closer during this crisis, but Phyllis Summers (Michelle Stafford) will be worried.

As viewers of The Young and The Restless who are parents know, it’s probably just colic at this age, but Phyllis will be worried about Devon growing too close to the baby. She’ll warn Amanda Sinclair (Mishael Morgan) but Amanda will be unconcerned.

Also during the week of October 4-10 on The Young and The Restless, Sally Spectra (Courtney Hope) will impress Adam Newman (Mark Grossman) with her commitment. This will be her commitment to make sure Victoria Newman (Amelia Heinle) sees the gorgeous wedding gown that she designed for her. That means she will have to crash the wedding as Adam’s plus-one so she will beg him to let her come even if she has to show him the gown first! Viewers of The Young and The Restless know that Sally is pretty stubborn and determined!

However, there may not be a wedding to crash if Victoria and “Ashland Locke” aka Bobby DeFranco (Richard Burgi) don’t get their problems ironed out! Ashland will admit to Victoria that the money he started his media empire with was stolen, apparently not given, as Billy Abbott (Jason Thompson) will come across some intel that indicates “Ashland” changed Camilla Rhodes’ (uncast character) will. Perhaps that is where Jesse Gaines Sr. (uncast) came in and Jesse Gaines Jr ‘s (Jamison Jones) blackmail started.

There will be more baby bonding struggles over baby Dominic during the week of October 4-10, and apparently Mariah gets wind of Dominic’s issues and Devon’s rescue. Tessa Porter (Cait Fairbanks) will try to reassure Mariah that Dominic will be fine and explain why Mariah cannot be the one to take care of him. Meanwhile, over in Tuscany, Victor Newman (Eric Braeden) and Nikki Newman (Melody Thomas-Scott) will show up ahead of Victoria and Ashland’s wedding and realize there is something amiss.

Victor will want to salvage the wedding, but Nikki will warn Victoria to not proceed when she finds out what the real story is about how “Ashland” built his empire. Victoria will want to push ahead anyway, concerned about the Newman-Locke merger and then Nikki will start in on Ashland. Ashland will also refuse and prefer to continue full speed ahead of the wedding.

Then Victor and Nikki will start arguing about whether the wedding should happen or not, Victor continuing to side with Victoria. Meanwhile, Billy Boy will continue to dig up dirt about Ashland and his past. He’ll try a sneaky plot almost worthy of Sally, but Victor will try to nip it in the bud!

During the week of October 11-15 on The Young and The Restless, Billy and Sally continue to work their plans. Billy forges ahead with trying to get the proof on Ashland’s past into the right hands, as Sally will with the wedding dress if she hasn’t already.

Viewers of The Young and The Restless will recall that Victoria was so upset with Nick Newman (Joshua Morrow) digging up dirt in Toms River that she uninvited him to her wedding! Nick shows up anyway and tries to make amends, and since Victoria now knows that Nick’s intel was on-spot, she may be more willing to make up with him. She will understand why he went to extreme measures to protect her as well.

Also during the week of October 11-15 on The Young and The Restless, Noah Newman (now played by Rory Gibson) will arrive for the wedding festivities, although he’ll also become part of his aunt’s wedding drama. Longtime viewers of The Young and The Restless will remember Leslie Brooks (Janice Lynde) who went on to become a world famous concert pianist. Nikki and Leslie will catch up and talk about old times in Genoa City when Leslie arrives to provide the music for the Newman-Locke wedding.