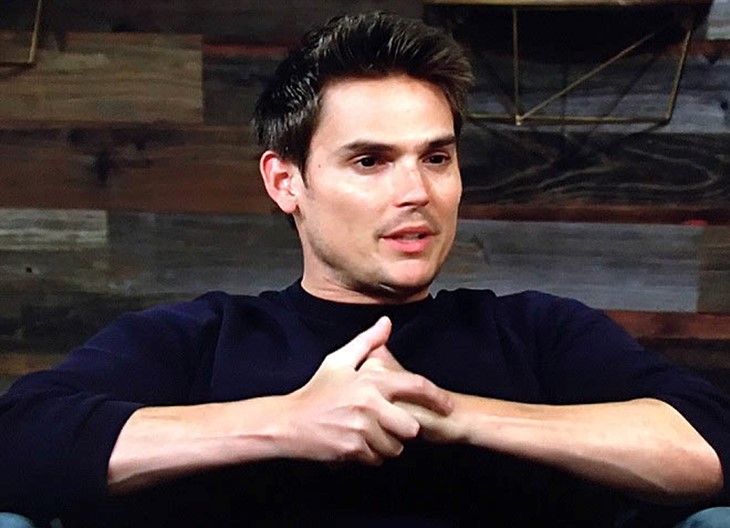 The Young and the Restless (Y&R) spoilers document that Adam Newman (Mark Grossman) is beginning to realize the results of his father’s supposedly ingenious plan. Lily Winters (Christel Khalil) experienced something unexpected as a result.

The Young And The Restless Spoilers – Why Does Newman Media Need This Fight?

Lily was right to confront Adam. She later learned that Billy had the letter from Camilla Rhodes (no actor known to be cast for this retrospective role) and joined him in wanting to blackmail Newman Media.

A fair question viewers can ask is why Adam and Victor Newman (Eric Braeden) need this fight?

Both men, along with Ashland, who was advised of the trap, are not operating in the best interests of their business. It is not reasonable to believe that ChanceCom has become a powerhouse in the relatively short period since Jill Abbott Atkinson (Jess Walton) created a division at Chancellor Industries to give Billy something to do. Yes, this storyline is not fully digestible.

Y&R Spoilers – What If Prey Is Caught In The Trap?

Assume that Billy goes forward, as his enemies believe he will. So, Billy would publish a fake letter from Camilla that appears to make Ashland look like a thief. That would match what Ashland recently admitted to, right?

The above is another apparent hole in the plot. Alternatively, Jesse could be lying to Victor and Adam about having Camilla’s letter. In any event, whatever Jesse gave to Billy seems to be a faux document.

The assumption is that ChanceCom will lose all credibility, be unable to survive, and then be taken over by Newman Media. Really?

Is it possible that Lily tires of Billy and dumps him soon or in the future? Sure, with the later option seeming far more plausible.

But the idea of Lily romantically leaping from Billy to Adam is as logical as the all-powerful Moustache spending so much time and energy to bring Thompson’s character down.

Billy is not paranoid. Victor is out to get him.

So, one of the final questions is, what comes next when Billy is either caught in the trap or escapes it? Will the battle with Newman Media continue, and if so, in what form?