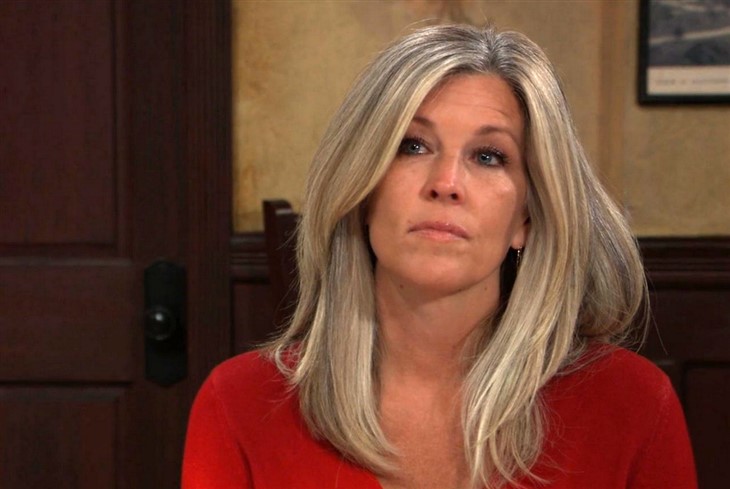 General Hospital spoilers reveal Carly continuing to want revenge on Nina, who she now considers her absolute worst enemy in life. Nina is definitely going to need some tips from Ava Jerome.

Yes, Nina Reeves (Cynthia Watros) did not tell Sonny Corinthos (Maurice Benard) who he really was for six months (not nine) and yes, Carly Corinthos (Laura Wright) was devastated when she believed he died, but she wasn’t devastated for all that long and Nina did try to tell her the truth at first.

Carly thinks she knows everything and never stops running her mouth, which is why Nina couldn’t get a word in edgewise on the phone. By the time Nina had a moment, Carly’s big mouth had hurt her so much, Nina made an impulsive decision not to tell Carly that day. After realizing ‘Mike’ didn’t even want to know who he was, she made the big ol’ mistake of not telling him anyway. Nobody can deny it was wrong and at least Nina owns it.

Then, there’s Carly. This woman was ready to marry Jason Morgan (Steve Burton) before Sonny’s empty grave was cold and then declared that she only loved Jason all along, that all those years with Sonny and Jax were nothing compared to what she felt for Jason. Then, she actually did marry him, brought Jason into the SAME EXACT BEDROOM SHE SHARED WITH SONNY, and was ready to sleep with him. And she would have if Sonny hadn’t walked in.

Now that Carly knows that Sonny not only fell for Nina in Nixon Falls, but he also lied about it to her for months on end, she acts like she is the only one who has been wronged and that her little heart is broken. She probably just can’t handle the fact that she can’t run to Jason for comfort now since he is presumed dead.

Then, she kicks Sonny out of his own house when she has a perfectly good house that Bobbie (Jacklyn Zeman) lives in all alone. No, we don’t feel sympathy for poor, put upon Carly cause she brings every mess on herself and then forgets when she acts just as human as her perceived enemies. Stay tuned to General Hospital weekdays to see what Carly does next.