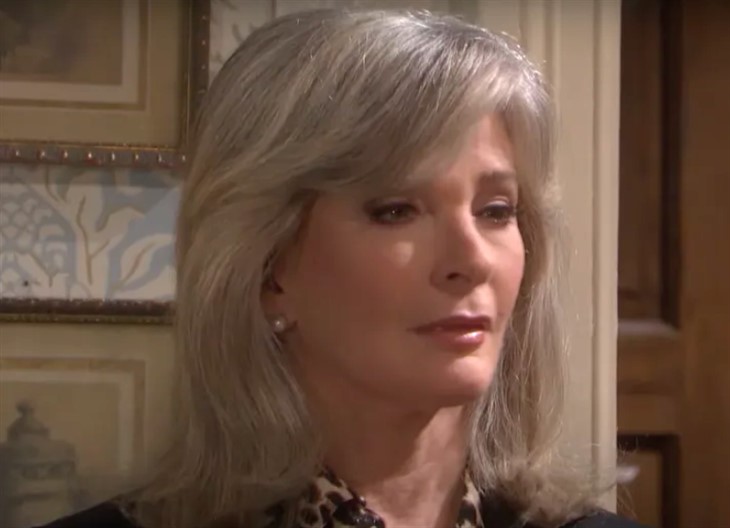 Days of Our Lives spent much of 2021 taking us on a blast to the past, distant and not-so-distant, making it the one soap that really knew how to play on its history this past year.

Days Of Our Lives Spoilers – MarDevil 2021 Won The Salem Year

Of course, the biggest ode to the past that DOOL gave us this year was making Dr. Marlena Evans (Deidre Hall) once again possessed by the devil. Apparently, this is something that can happen twice in one lifetime, as Sami Brady (Alison Sweeney) so aptly noted.

Watching old time characters like Tony (Thaao Penghlis) and Anna DiMera (Leann Hunley) react to all this, along with Marlena’s grandchildren when they learned their grandmother had once been possessed, has been comic and soap opera gold. DAYS even remembered to bring the angel, Gabriel, in to help. And since OG Kristen, Eileen Davidson, was such a big part of the 1995 possession story, it was only fitting that she ended up in the one while Stacy Haiduk’s Kristen lived in real-life Salem, whatever that is.

Who can ever forget 1984 when Bo Brady (Peter Reckell) kidnapped Hope Williams (Kristian Alfonso) from her wedding before she walked down the aisle to marry Larry Welch and sent Howie Hoffsteader (Stanley Brock) down the aisle in a wedding dress as a decoy.

Well, when Ben Weston (Robert Scott Wilson) kidnapped Ciara Brady (Victoria Konefal) before she was to marry Theo Carver (Cameron Johnson), he only used Claire Brady (Isabel Durant) as a decoy, so it wasn’t as fun, but the sentiment was there. Like Bo, Ben was able to get Ciara to admit she was still in love with him, but first she had to get her memory back. She did and his plan worked.

When Abe Carver (James Reynolds) told the story of when he lost his best friend, OG Roman Brady (Wayne Northrop), longtime fans were taken right back to that 1984 moment. When Philip Kiriakis (Jay Kenneth Johnson) explained that he only wanted Chloe Lane (Nadia Bjorlin) to love him and only him without Brady Black (Eric Martsolf) in the way for once, we were taken right back to their high school days.

And when Days of Our Lives went Beyond Salem, the Alamains were remembered, as were old characters like Billie Reed (Lisa Rinna), Shane Donovan (Charles Shaughnessy), and Carrie Brady (Christie Clark). Just what we needed from this soap in 2021. Stay tuned to Days of Our Lives weekdays to see if it takes us into another time machine for 2022.