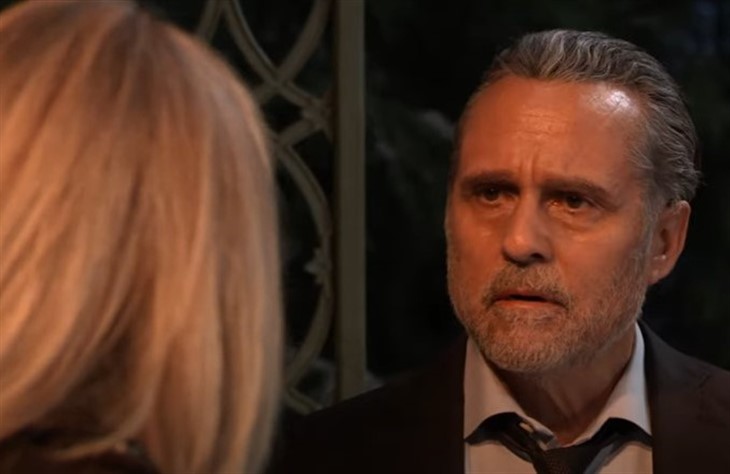 General Hospital (GH) spoilers for Thursday, December 30, 2021, reveal your favorite Port Charles pals at a crossroads as 2022 is about to begin.

Although Carly Corinthos (Laura Wright) has a home of her own, she kicked Sonny Corinthos (Maurice Benard) out of his own home for falling for Nina Reeves (Cynthia Watros) while in Nixon Falls, forgetting that she married Jason Morgan (Steve Burton), decided she was in love with him and only him for decades and was ready to do the deed with him in Sonny’s bed until Sonny walked in.

And, of course, she has to lay into Willow Tait (Katelyn MacMullen) for this because Willow is now the new villain in Carly’s delusional world. She demands that Willow tell her if Nina insisted she keep quiet about what she heard in the hospital chapel.

As for Sonny, now that he has been kicked out of his home, he returns to his makeshift Tan-O called Charlie’s Pub where he tells all to Dante Falconeri (Dominic Zamprogna). That’s where Dante asks Sonny if he really does know what he wants in life now.

And it looks like Scout doesn’t want her daddy to go. She asks him to stay until at least midnight, but will this be ok with Sam? And why isn’t Dante there with her, anyway?

At The Savoy, Lucy Coe (Lynn Herring) wants to know what Tad Martin Grey (Michael E. Knight) plans to do now that Valentin Cassadine (James Patrick Stuart) has told him he has to choose between Valentin and Lucy.

As for Valentin, he tells Anna Devane (Finola Hughes) that he thinks she is over something and she is too. Anna looks quite taken aback. Does this mean he doesn’t want her after all? Or is he talking about being over something else? Either way, it looks like Anna might finally take the bull by the horns in this relationship.

Elsewhere at The Savoy, Portia Robinson (Brook Kerr) and Curtis Ashford (Donnell Turner) ring in the new year together and he tells her he would definitely like to grow closer in 2022. Is this when a secret between them will come out? Stay tuned to General Hospital weekdays to see how these stories play out.

B&B Spoilers: Drunk Brooke Has Quite A New Year’s Eve