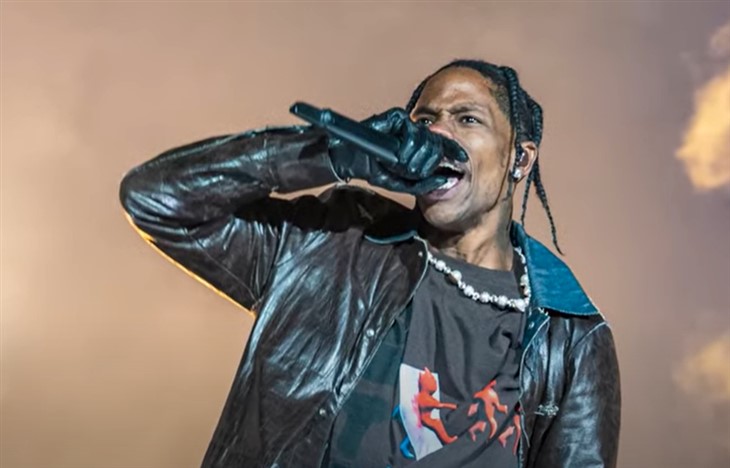 Rapper Travis Scott created the Astroworld music festival as a way to connect with his fans, who flocked happily to the event named after Scott’s 2018 album. But within a matter of minutes, that happy spirit changed to helpless horror as a deadly crowd surge occurred. And one key question remains unanswered: Why did Travis continue to play even as a growing number of concert-goers suffered medical emergencies?

Although the mystery remains, a look back at Scott’s concert history offers a possible answer, per ABC News. Keep reading to discover the possible reason why Travis persisted in playing even as the crowd surge turned deadly.

The rapper’s history reveals two charges of inciting crowds at concerts. For instance, in August 2015, officials arrested Travis Scott “on charges of inciting a crowd to jump barriers at the Lollapalooza festival in Chicago,” per ABC News. Scott entered a guilty plea of disorderly conduct, paying the fine.

However, at the November 2018 inaugural Astroworld Festival, no such problems got reported. But the 2019 festival aftermath showed a different story. A crowd surge occurred as fans breached the barricades, revealed Harris County Judge Lina Hidalgo. That crowd surge resulted in three injuries severe enough to require transportation to a hospital.

As a result, Travis Scott’s concert organizers this year hired about 100 additional security personnel. Preparations for the 2021 Astroworld Festival included arranging for Young Thug, SZA, Lil Baby, Earth, Wind & Fire, Master P and 21 Savage to take to the stage for their own performances.

The timeline for the Astroworld Festival concert begins on the morning of November 5. Although concertgoers initially lined up in an orderly fashion, by afternoon they were dashing beyond the security checkpoints to enter the festival. Prior to 4 p.m., medical staff had treated 54 patients for various reasons.

But indications began early of what the Houston Police Department described as dangerous crowd conditions. And with no performances scheduled for the second stage, 50,000 fans gathered around the main stage to hear Travis Scott. As a result, the concertgoers “began to compress toward the front of the stage,” recalled Houston Fire Chief Sam Peña.

As the crowd pushed to the stage even as the countdown to the rapper’s performance began, fans struggled to hold their places. It took only minutes for concertgoers to struggle. And although Scott did stop the show at one point to seek help for a fan who “passed out,” he continued to play.

Recordings show Travis playing but stopping twice as a result of crowd chaos. One such stop occurred when an ambulance progressed through the crowd. But as the chaos escalated, the band played on. Why did Scott fail to stop?

The timeline reveals Travis did temporarily halt his show at 9:42 p.m. to point out to a concertgoer in distress. But not until 10:12 p.m did Scott conclude his concert. Police officials claimed that promoter Live Nation did agree to stop the show before its planned conclusion. But despite that agreement, Travis allegedly continued his concert. However, his attorney told ABC News that the rapper was not fully aware of what had happened.