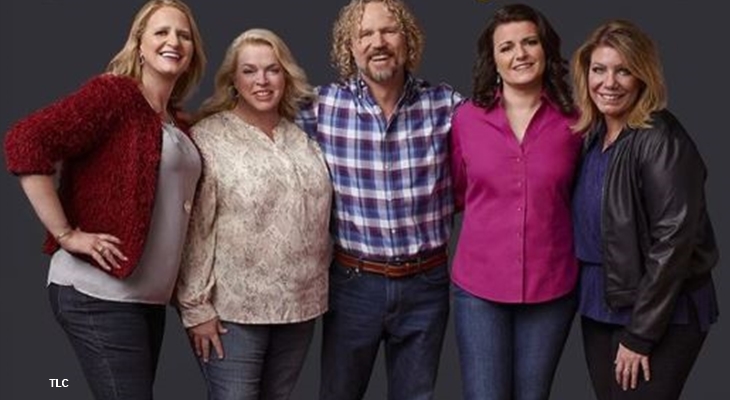 Sister Wives fans know that Christine left Kody Brown and relocated to Utah. So, this year the family seems fractured and dispersed for Thanksgiving. With Christine gone, the family isn’t doing their usual thing and all gathering in one large group to celebrate the special Thanksgiving blessings. In fact, Janelle Brown isn’t in Flagstaff either, and her daughter Maddie Brown Brush leaked the news. Still, that doesn’t mean that Janelle’s shy about borrowing ideas from her former sister wife.

Sister Wives – Where Is Janelle Brown This Thanksgiving?

Ahead of the holiday, Maddie Brown Brush took to her Instagram and leaked the news that her mom would be visiting her over Thanksgiving. It sounded like they planned a small celebration with her mom and some friends. Fans doubted that  Kody would go with her as he clearly prefers the company of Robyn. Plus Meri would probably spend the holiday at her BNB in Parowan. Meanwhile, fans expected that Christine would spend it with Mykelti and/or Aspyn. Well, Janelle did the trip to North Carolina and apparently, she drove there by road.

Sister Wives fans are not surprised that Kody closets himself with Robyn, In Season 16, she looks like the main female boss of the family. Clearly, she’s Kody’s favorite as he never snaps at her like the others. Actually, the wives hate that their family becomes so fractured. Kody seems near paranoid about the coronavirus, after all. In fact issues between him and Janelle cropped up in Season 15, as he demanded she keeps her adult kids at home so he could drop by any old time he felt like it.

Ahead of the Thanksgiving holiday, Christine shared her plans for the feast. She went for a healthier option with hummus. Plus, a few weeks before that she baked some of the rolls. Clearly, a favorite in the family, Janelle decided to borrow her recipe from her. Taking to her Instagram she talked about spending time at Maddie’s doing jigsaw puzzles, cooking some rolls, and spending them with her family. One photo revealed her sitting on the front steps of Maddie’s house with Axel and little Evie. In her caption, she wrote, “Thanksgiving with my east coast kids this year. Jigsaw puzzles and my first attempt at Christine’s rolls. They aren’t perfect but everyone says I came close.” 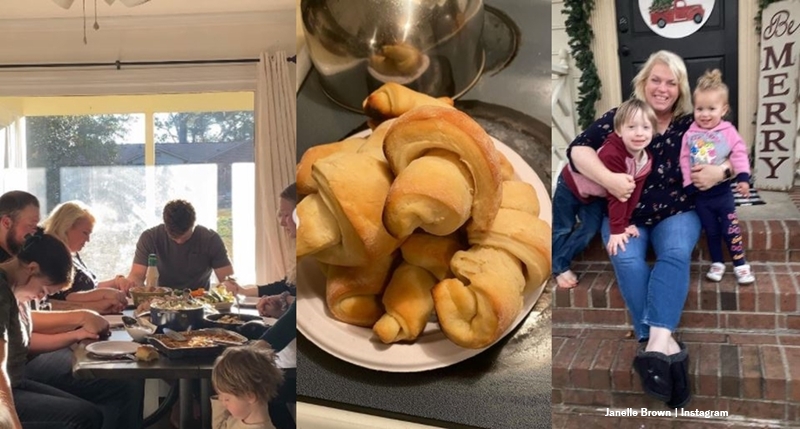 The Sister Wives star also shared a photo of the family sitting around the dinner table. They all held hands as they said their grace. It didn’t look like a huge party but the few of them there certainly looked like a close-knit family. Actually, the special time with loved ones is what the celebration is all about. It just seems unfortunate that the Brown family seem so divided and separate from each other these days. Still, many TLC fans felt it was all just written on the wall and waiting to happen.

it’s extremely unusual for Sister Wives star Janelle Brown to post up photos and not allow comments. Possibly, with Season 16 currently airing, she doesn’t want to be bombarded with questions about Christine. Or perhaps, she’s just tired of people asking where Kody is every time she goes anywhere, so she just stopped anyone commenting at all.