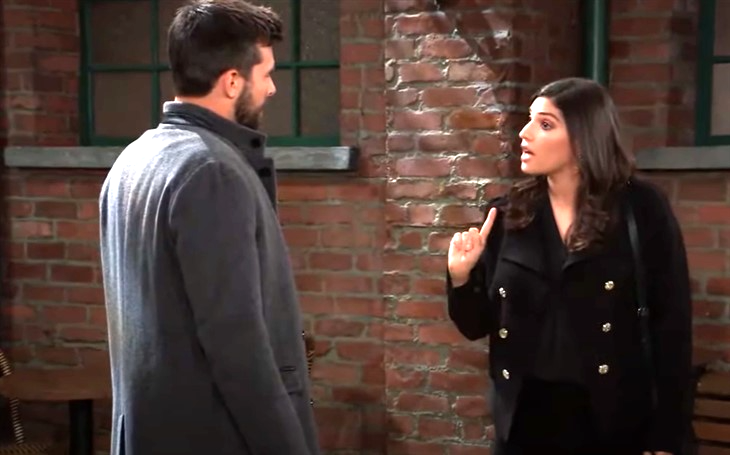 General Hospital’s Peter has already called Maxie and told her he was coming for her. Maxie has told Chase and Brook Lynn that there is no way that she can claim her daughter because of Peter. Maxie knows that Peter has gotten away with every crime he has ever committed. Peter is like his father, he has never paid for any of his crimes. Peter has kidnapped people time and again. Peter has attacked several people including Anna Devane (Finola Hughes) and Robert Scorpio (Tristan Rogers) as well. Peter should have been taken out a long time ago but he has continued to skate. Maxie is terrified that Peter will get his hands on her child and she cannot claim her until that threat is neutralized.

The fact that General Hospital’s Jason Morgan (Steve Burton) is missing once again at the hands of Peter, Maxie is not about to feel secure. Peter kept Jason prisoner for five years that last time he got his hands on him. Once Maxie hears that Jason is presumed dead, there is no way that Maxie will consider telling the truth. Maxie will go into a panic and demand they keep her secret. However, can Chase and Brook Lynn claim Maxie before someone else discovers the truth? Could Jason’s presumed death pull Maxie and Spinelli closer together?

General Hospital’s Brook Lynn and Chase have already told the Quartermaine family that Chase is Bailey’s father. Valentin Cassadine (James Patrick Stuart) already knows that Chase is supposed to be Bailey’s father. However, it may have been better to bring Valentin into the plan and explain the whole story. Valentin would have continued the farce if he had known the whole story. Valentin would have helped protect Bailey even with Chase playing her father. Valentin would not let Peter anywhere near that baby if he knew she was really Maxie’s child. The more people that are protecting this child the better with Peter in town. Will Maxie calm down enough to keep her daughter safe? Can Maxie see that Peter is put away for good this time?

Keeping Bailey safe is the most important thing right now. Can Maxie and her daughter be saved from Peter?