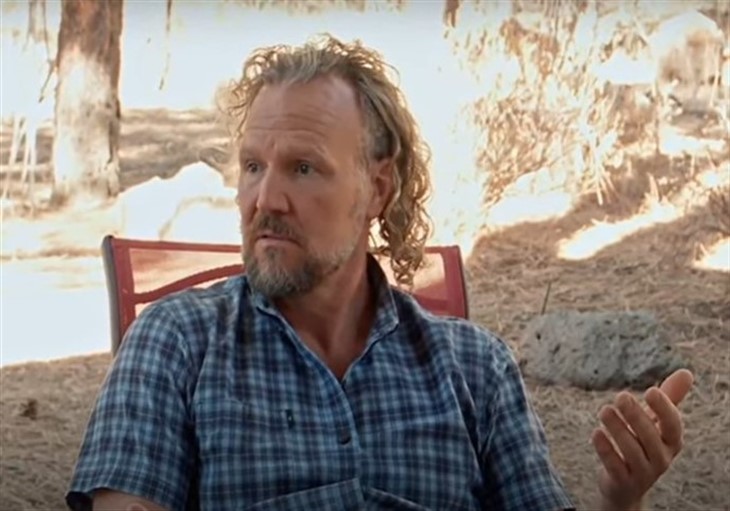 Kody Brown goes off over the Sister Wives’ criticism about the COVID rules he laid down, saying, “It’s pissing me off.”

As fans know, Kody’s rules about COVID include masking up, washing hands, and disinfesting groceries to name but a few. However, it’s the rule that’s keeping Kody from being a part of the rest of the family that has been eating at the other wives. Fans also know that Kody, 52, and Robyn, 43, have been together for the duration of the pandemic with the other wives seemingly on the back burner, in limbo.

Keep Reading And We’ll Tell You The Rest Of The Story.

In the sneak peek, we can see Kody meeting with all the Sister Wives, Janelle, Christine, Meri, and Robyn to discuss concerns over the rules he’s demanding everyone follow just for him to visit the rest of his family in their respective Flagstaff, Arizona homes.

In a confessional, Janelle Brown, 52, asks, “Where were these rules when I asked for months and months and months, ‘How do we get together?’ Nobody offered these up,” adding, “Yeah, I mean some of these are great, but clean mail with alcohol wipes?”

She Went On To Say That, Looking At The Rules, She Was “Astounded.

The Sister Wives alum read off the listing rules, “No movie theaters, bars, fitness center, or restaurants, kids can see friends if maintaining 10-foot social distance and only for limited times,” adding, assuredly with some pause, “Clean mail with alcohol wipes.”

‘You Can Mock It Or You Can Find A Way’

The reality TV wife refers to Kody’s Gestapo-like set of rules as the “10 Billion Commandments of Kody,” but Kody stands fast, saying, “You can mock it, or you can find another way.”

In Confessional, The Salesman And TV Personality Says, “Are you Too Lazy To Do A Few Chores?”

Of course, none of the other Sister Wives feel these “chores” are realistic and Christine, 49, explained it this way, “I don’t think these rules are realistic, at all, for real-world,” and, as fans know, she and Kody called in quits in November, with Christine leaving Kody, and Arizona, for Utah.

For her part, Robyn says that the rules are not “hard to follow – if it means having Kody in my home.” Meri also seems to acquiesce, though admittedly while laughing, “I’m open to having a list of rules for Kody to come over.”

Want more Sister Wives? Tune in to TLC on Sundays at 9 PM Central for the latest. Return here often for spoilers, news, and updates.