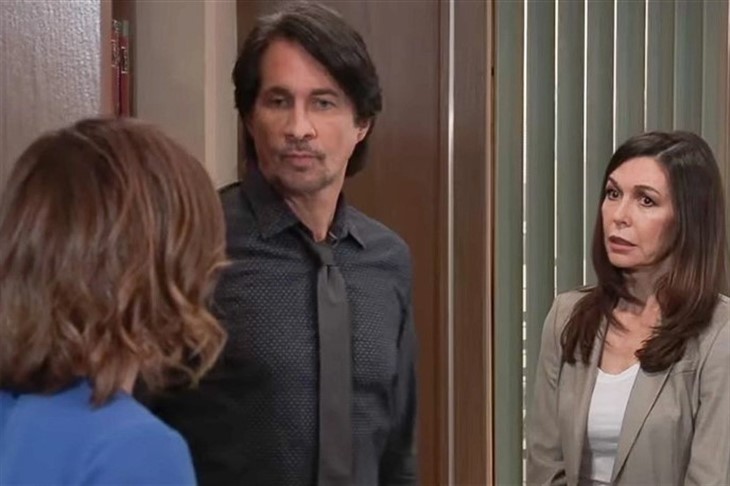 General Hospital (GH) spoilers and updates tease Dr. Hamilton Finn (Michael Easton) is trying to figure out who is the right woman for him. Finn had been in a relationship with Anna Devane (Finola Hughes). Finn thought that he and Anna would be married but that did not get to happen. Finn and Anna separated because of the secrets that Anna had been keeping about herself and her nephew Peter August (Wes Ramsey). Finn found comfort from his friendship with Elizabeth Webber Baldwin (Rebecca Herbst). Finn still feels a strong connection to Anna but wants to find out if he could have a relationship with Liz.

Finn has been helped by Liz with many problems that he has had. Finn had to find a way to save his brother Harrison Chase (Josh Swickard) after he was accidently poisoned by Peter. Liz helped Finn to figure out how to save Chase. Finn and Peter got into a fight about Chase which resulted in Finn believing that he had killed Peter. Liz helped Finn to stay out of trouble with the law until they found out that Peter was alive. Finn helped to keep Liz from killing Peter because he had fatally shot her husband Franco Baldwin (Roger Howarth). Liz has been trying to decide if she wants to move on with Finn or if she is not ready for a new relationship. Finn is willing to give Liz the time that she needs to decide.

Finn has feelings for Anna. Anna had helped Finn in the past to get over losing Hayden Barnes (Rebecca Budig). Anna was concerned about Finn when she found out that he almost killed Peter. Anna was willing to try to help Finn to stay out of trouble from the law. Anna has a close relationship with Finn’s daughter Violet Finn (Jophielle Love). Violet still likes to spend time with Anna. Violet may want to spend time with Anna during the holiday season. Finn may feel that he still wants to be with Anna. Finn knows that Anna may have moved on from him to Valentin Cassadine (James Patrick Stuart). Finn may have to decide if he is going to try to win back Anna before she makes a commitment to Valentin.

General Hospital Finn has to make a difficult choice. Finn wants to find way to have a relationship with Liz. Finn has found that Liz has brought him much happiness. Finn knows that Liz has to decide if she can put her past with Franco behind her. Finn wants to be the one that Liz decides to move on with. Will Finn be the one that Liz will give her heart to? Finn still cares about Anna.

Finn faced many dangers to be with Anna in the past. Anna may find that she is unable to have the relationship that she wants to have with Valentin. Finn would want to support Anna if she and Valentin are not able to be together. Will Finn and Anna find their way back to each other again? Be sure to catch up on everything happening with GH right now. Come back here often for General Hospital spoilers, news, and updates.