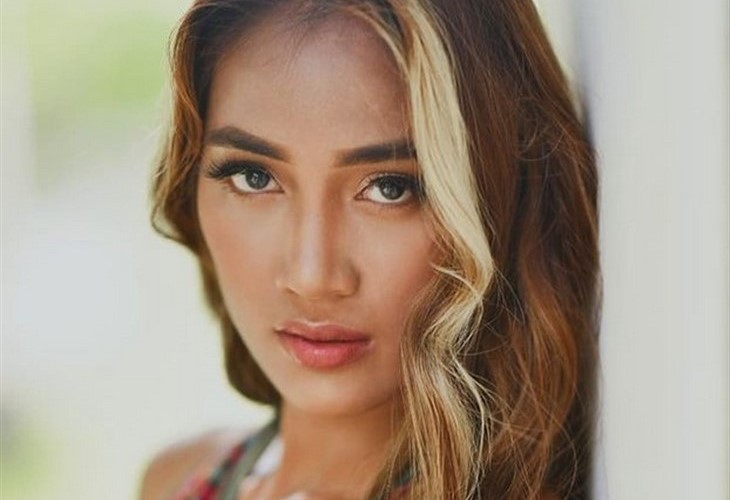 90 Day Fiancé alum Rose Vega hasn’t looked back since dumping Big Ed Brown on the TLC reality show. She often posts new images to her Instagram, revealing her gorgeous looks and model style. However, a recent image posted by Rose has fans a little confused. Read on to find out what fans spotted in the new image.

Rose Vega has capitalized on her fame since starring in season 4 of 90 Day Fiancé: Before the 90 Days with Big Ed Brown. While she still lives in the Philippines, she has successfully made a better life for herself, her son Prince and her family. In fact, Rose has even got a new home to share with the family after previously living behind her sister’s store.

However, besides that, the Filipina beauty regularly posts images of her glow-up, wearing fabulous gowns and looking gorgeous. She recently posted two images to her Instagram account which her fans totally loved. Using plenty of heart emojis, one fan wrote, “SO PRETTY!” while another commented, “Hi, looking beautiful, as always. Continued blessings…”

Yet another follower wrote, “Love love loooooove these. So beautiful.” An Instagram user from Australia also commented, writing, “What a STUNNING QUEEN!! You look so beautiful that words can’t even capture you. Lots of love from down here in Australia!” In fact, the compliments on the post were pretty much endless.

However, the 90 Day Fiancé “fan group,” @90daytrollin, also shared the image and pointed out something odd about one aspect of the photos. Whether it was the angle at which the photo was taken, or whether the image is accurate, they noticed Rose appears to have enormous feet.

The image reveals Rose in a fancy outfit, seated barefoot on a rock with her shoes off to one side. In the caption to the image, @90daytrollin wrote, “She looks good but damn she got some big feet.”

Followers were quick to comment on the image, with one writing, “I knew it was only a matter of time before someone meme’d her feet.” It seems they noticed this fact before! Another agreed with the caption, writing, “I thought that too. For someone so petite they’re massive!!!”

One fan did point out that it might have been the way the image was taken, writing, “I thought it was the angle of the camera.” However, another follower noticed that, “Her shoes are big too!”

Yet another follower made the statement, “I don’t understand how some cameras can make things look huge. It’s hard to tell if it’s just the camera or if she really has big a** feet and hands. Those shoes look like a f**king size 14 lmao.”

No doubt, fans of the former 90 Day Fiancé star will look more closely as Rose posts future images, with particular emphasis on her feet! 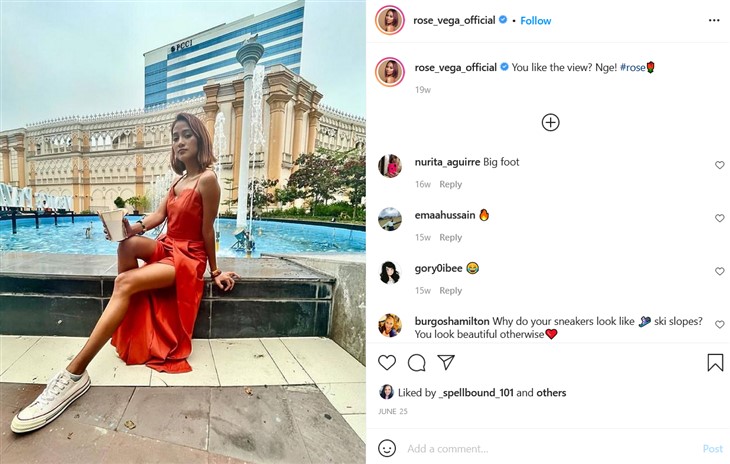 Due to the fact that Big Ed and Rose Vega didn’t work out, he is starring in the new discovery+ spinoff, 90 Day: The Single Life. He was in season 1 with his girlfriend Liz but is returning to the reality show, apparently looking for love again.

However, while Ed and Liz didn’t work out on season 1, in real life, it seems they are once again together. Liz regularly makes posts on social media, hinting that they are trying again at love, despite his verbal abuse against her.

Fans can catch season 2 of 90 Day: The Single Life on Friday, November 12 on discovery+.