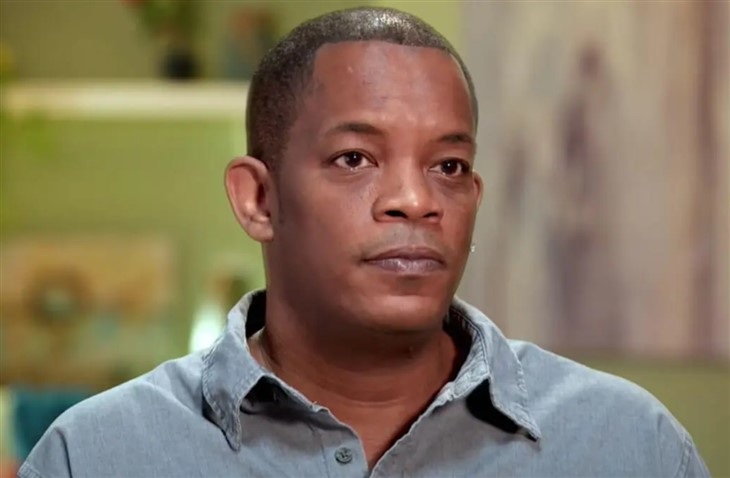 90 Day Fiance: Before the 90 Days featured Caesar Mack who dated Ukrainian Maria. Well, it seemed like a doomed relationship as she continually stood him up. It went nowhere and cost him a lot of money, Eventually, she actually claimed she never liked him from the start. Well, out of the blue on Halloween, a troll decided to slam him. Not standing for that, Caesar outed them on his own Instagram account.

Caesar Mack is sort of gone from the main show but not forgotten. In fact earlier this year, he appeared in 90 Day Bares All. Right now, The Other Way Season 3 gets the attention of TLC fans. But they look forward to seeing The Single Life Season 2 on November 12. The show brings back Jesse Meester, who is not the most popular person in the TLC franchise. In Bares All, Caesar expressed his feelings about Jesse taking up with his ex. He felt that Jesse just tries to stay relevant. And many fans concur with that!

The 90 Day Fiance alum doesn’t seem to be dating anyone at the moment. He concentrates on getting fit at the gym and hanging with friends. Actually, he might be a failure when it comes to wisdom, cash, and girlfriends, but he seems inoffensive. So, his loyal fans thought a troll said some terrible things to him for no apparent reason. As it came on Halloween which Caesar hoped to enjoy, he sounded puzzled and hurt by the troll.

Taking to his Instagram on November 1, Ceaser shared the comment that the troll sent his way. As trolls can cause emotionally damaging mental health issues, they really shouldn’t get more attention, some fans believe. So, in this instance, let’s cut straight to Caesar’s response in his caption. He said that he planned a “happy” post for “Halloween.” However, the troll disturbed his “train of thought.” Next, he spoke directly to the troll reminding  them “that no matter how happy and positive you are, someone will be mad at you for it for seemingly no good reason.” 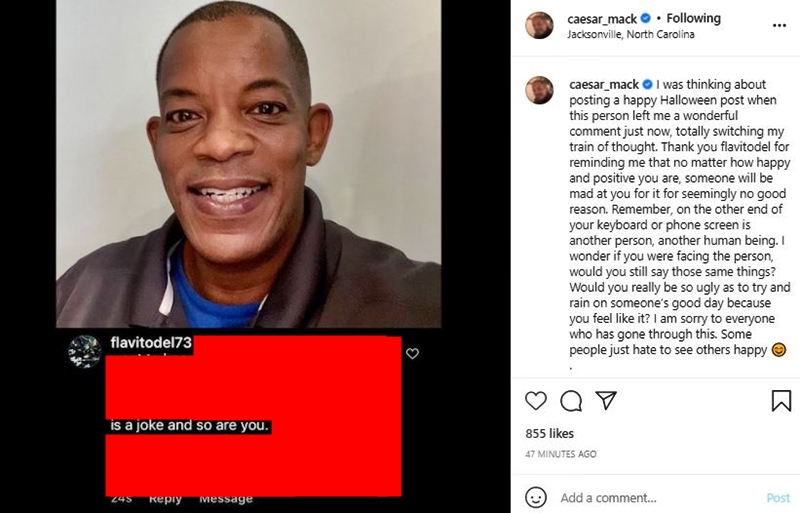 Next, the 90 Day Fiance: Before The 90 Days alum said, “Remember, on the other end of your keyboard or phone screen is another person, another human being.” He also told the troll, “I wonder if you were facing the person, would you still say those same things? Would you really be so ugly as to try and rain on someone’s good day because you feel like it?” So, now he can identify with those who also suffer from nasty comments by trolls. Finally, he thanked his loyal fans for their support.

90 Day Fiance fans often read messages by trolls. Actually, whatever motivates trolls seldom gets a good reception from other people. So, many fans reached out to Caesar Mack. One fan wrote, “Alchemy. Flip this negative into a positive. The misery of the person that typed that is palpable. You’ve got a good soul, that’s why we’re here❤️.” Other fans agreed that it was the nicest comment of all of them.