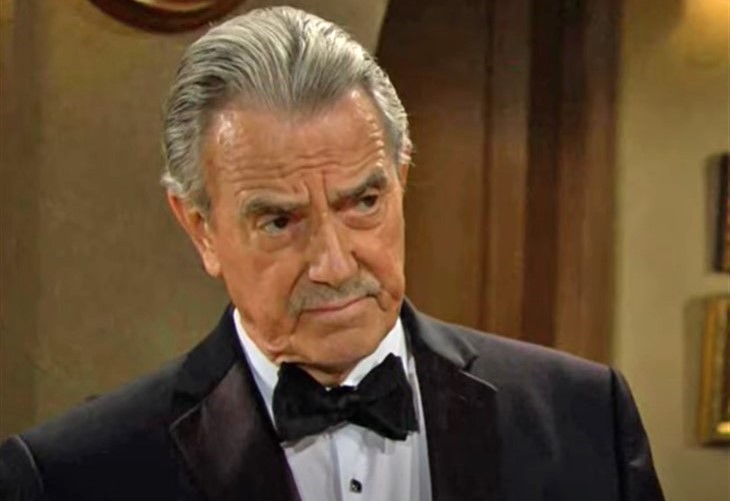 The Young and the Restless (Y&R) spoilers and updates tease Victor Newman (Eric Braeden) is fiercely protective of his family. He is a devoted father. Victor has been concerned about his two daughters for different reasons. Victor has worried about his daughter Abby Newman (Melissa Ordway) because she has been waiting to find out information about her husband Chance Chancellor (Donny Boaz). Victor has been helping his daughter Victoria Newman Locke (Amelia Heinle) with her marriage to Ashland Locke (Richard Burgi). Victor wants what is best for Abby and Victoria.

Victor is worried about Abby because she has gotten tragic news about Chance. Chance was undercover and was posing as a married man. Christine Blair Williams (Lauralee Bell) has informed Abby that Chance and his fellow undercover agents have been killed. The authorities have not been able to find Chance’s body because there was an explosion in the building that Chance was staying in. Christine was able to give Abby his wedding ring that he had been wearing. Abby is devastated by the loss of Chance. Victor and Abby’s mother Ashley Abbott (Eileen Davidson) are doing what they can to comfort Abby. Victor wants to bring the ones that Abby loves together to help her to deal with her grief. Victor wants to get more information about the explosion. Victor may get his investigation team to look into the matter in order to help Abby get the answers that she needs about Chance.

Victor was able to help Victoria when she was about to get married to Ashland. Victor had been concerned about Ashland because he has a dark past. Ashland decided to tell Victoria about his past and the way that he made his fortune. Victor admired Ashland for being honest with Victoria. Victor got his son Adam Newman (Mark Grossman) to help him to make sure that Jesse Gaines (Jamison Jones) who knew about Ashland’s past did not ruin Victoria and Ashland’s wedding day. Victor is doing what he can to make sure that Jesse does not cause trouble again. Victor is working to make sure that Jesse does not contact Billy Abbott (Jason Thompson) to expose Ashland’s past. Victor does not want Victoria to have more to be concerned about because she is dealing with Ashland having possible terminal cancer. Victor wants Victoria to be able to have a happy future with Ashland for as long as they can.

The Young and the Restless Victor wants to make sure that Abby and Victoria are able to handle the problems that they are facing. Abby has lost Chance and is trying to find a way to accept his loss. Recently Abby became a mother to Dominic Phillip Newman-Abbott-Chancellor (no actor’s name known for this important role) and she thought that she would raise him with Chance.

Victor knows that Abby was counting on Chance being a part of Dominic’s life. Can Victor help Abby deal with losing Chance and having to be a single mother to Dominic? Victor is worried about Victoria because he knows that she wants to have long life with Ashland. Can Victor help Victoria to find a way to help Ashland to recover from his cancer? Victor will not want Jesse or Billy to become a threat to Victoria and Ashland. Can Victor keep Jesse and Billy from causing trouble for Victoria and Ashland? Be sure to catch up on everything happening with Y&R right now. Come back here often for The Young and the Restless spoilers, news, and updates.