90 Day Fiancé: Why Can’t Sumit Move To America With Jenny 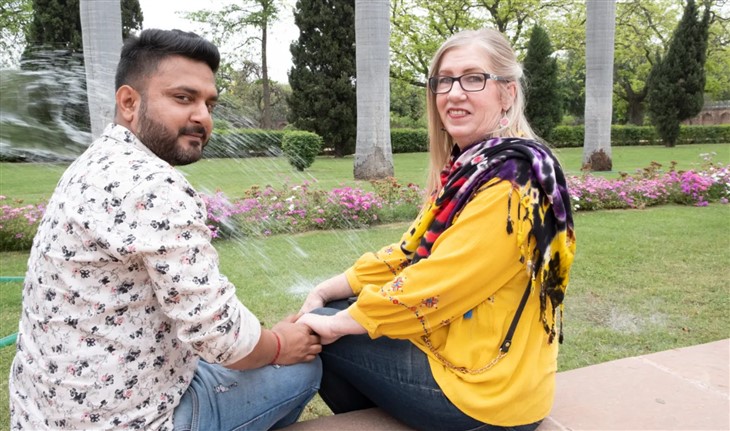 90 Day Fiancé: The Other Way spoilers and updates tease that there’s a reason why Sumit Singh can’t simply move to America with Jenny Slatten. The latter revealed that it has something to do with the cost of living in the United States.

Jenny and Sumit have been through a lot in their relationship. They’ve had to deal with catfishing and secret first marriages. Jenny is struggling to adjust to her life in India. Given the difficulties they’re facing, some fans are wondering why the pair just won’t move to the United States.

One of the struggles that Jenny is facing in India is Sumit’s parents. Jenny has to prove to his mom that she can be a good wife. In a previous interview with Entertainment Tonight, Sumit revealed that his mother has decided to come into their house so they can live together. Through this, Sumit’s mother can evaluate if Jenny can be a good wife.

Sumit made it clear that it was his mother’s idea to live with them so she could see if Jenny can take care of him or not. Viewers are wondering why they’re putting up with all these dramas. Recently, it’s been made clear why the couple has decided to stay. Jenny revealed that the reason why she and Sumit have not moved to the U.S. is that it’s too expensive to live there.

Fans may recall that Jenny didn’t know who Sumit really was at first. He pretended to be someone else when they first started to talk online. Even after learning the truth, Jenny still decided to move to India. She cashed in her retirement monthly and sold her belongings to fund her relocation.

But it wasn’t just about catfishing. Jenny, the viewers, and the crew of the show were shocked when they found out that Sumit was actually married to someone else. Jenny returned home and decided to rebuild her life once again in the United States.

But after a few months, Jenny and Sumit got back together and she decided to move again to India. Sumit’s parents do not approve of their plans to get married. Not only that, but Sumit also has to deal with his previous marriage. So, drama is far from over for this couple.