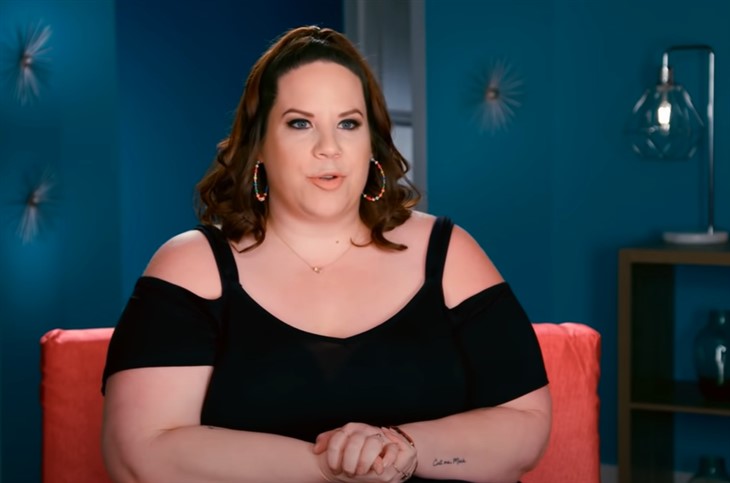 My Big Fat Fabulous Life spoilers and updates tease that Whitney Way Thore has been through a lot in her romantic life. But she’s already managed to move on from her past failed relationship. She currently has a new love interest and many fans are wondering about the status of their relationship.

Thore has been broken hearted in the past. She was engaged to be married to Chase Severino. However, he had an affair, which led to their separation.

Fans know that Thore has fallen in love with her online French tutor, who up to now wants to remain anonymous. She invited him on their family vacation in Maine. They struggled to meet because of the pandemic restrictions. The U.S. didn’t allow touristic travel so she was unable to finally meet her European boyfriend.

Thore was left disappointed. She felt as though she was robbed of her chance to be happy. However, she understood that it wasn’t her fault nor was it her boyfriend’s. “It’s just circumstance,” she said.

“I feel like I’ve been through so much s*it lately,” she said.

“I’m just like, why can’t I just have this? Just to meet him? Don’t I deserve to have it, just at least for a second?” Thore wondered.

She was extremely frustrated. She finally found a man who really likes her but he’s in another country and they can’t meet.

But Thore was committed to seeing her beau. In the final episode of season 9, she left for France to finally meet him. She bought a one-way ticket to France to meet her lover. The TV celebrity posted an update on her Instagram account where she shared that she’s “in a relationship” and she’s incredibly happy.

In her post, Thore thanked all her fans for watching season 9. She also gave a warning that there are spoilers in her post. Thore revealed that she spent six weeks in Paris and finally fell in love again.
She also announced that the No BS Active app has been launched and is available for iPhone, AppleTV, Android, androidTV, Roku, and FireTV!

Viewers of the show were very happy for Thore. Some said she deserves it while others also asked about the premiere date of season 10.

My Big Fat Fabulous Life – Will Her New Relationship Last?

Fans know that Thore has a habit of jumping from one relationship to another pretty quickly. Her parents are concerned that she’s become too attached to a man she never met. Some of their worries may have been abated since they already had the chance to meet but that doesn’t mean their relationship will work.

Getting involved in a long-distance relationship isn’t easy. Thore and her new boyfriend need to work hard to make it work. Not only that, her Frenchman wants to keep a low profile, which may prove to be difficult given that Thore is a reality TV star.