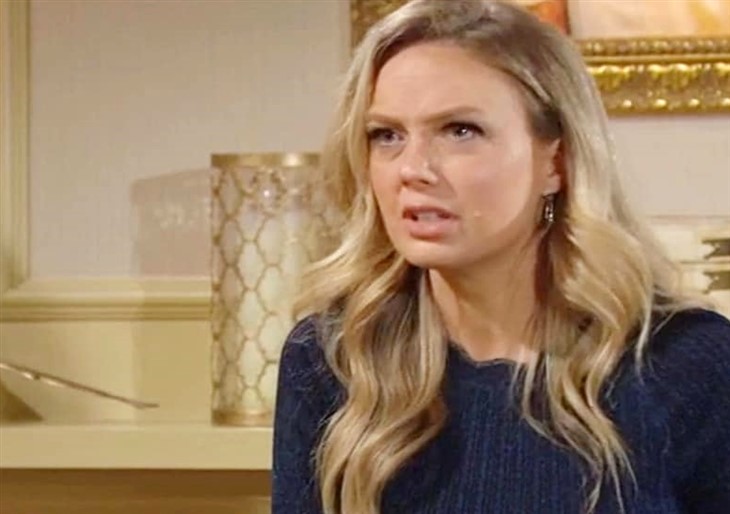 The Young and the Restless (Y&R) spoilers for the week of November 15 reveal that Abby Newman-Abbott-Chancellor (Melissa Ordway) leaves Genoa City. Despite everyone banning her from going to the bomb site, she does it anyway. Devon Hamilton (Bryton James) will take care of the baby, but can anyone save Abby before it’s too late?

Y&R spoilers reveal that ever since Abby found out about the safehouse being bombed, she has been spiraling. Abby was trying to hold onto hope that Chance Chancellor (formerly Donny Boaz) survived. Loved ones are trying to help Abby deal with this situation, but she will only get worse during November sweeps.

Abby decided that she was going to the safehouse to ask questions about her undercover husband. Despite it being an active crime scene and the situation being extremely dangerous, Abby’s only concern is finding Chance. Abby’s family and friends are worried about her as well as Dominic Newman-Abbott-Chancellor. In fact, they aren’t going to allow Abby to leave town.

Abby isn’t even making her son a priority and is either crying or completely deaf to the baby’s cries.

The Young And The Restless Spoilers – Sneaks Away to Spain

The Young and the Restless spoilers for the week of November 15 reveal that Abby defies everyone and leaves town anyway. Abby leaves the baby with Devon. However, it’s not clear if Abby tells Devon the truth. Devon could just think he’s watching the baby for a few hours or overnight so Abby can get her head on straight. Abby knows that her plans will be intercepted and isn’t going to let anyone stop her from finding Chance.

Even though Devon is happy to take care of Dominic, how long will Abby be gone? Will she put her entire family, including the newborn, in danger? Will Abby’s loved ones track her down and drag her back home? Or could Devon take drastic action and get emergency custody of the child? If so, Abby might be surprised to find that she could return home to face child abandonment charges and might even lose her parental rights in the process.

Of course, Abby’s family will fight this all the way, especially Victor Newman (Eric Braeden). It could create a huge division among several characters as everyone takes sides. In the end, will Abby end up losing the baby she wanted so badly? Tell us what you think will happen when Abby leaves Dominic and Genoa City. Remember to keep watching the CBS soap to find out what happens next.