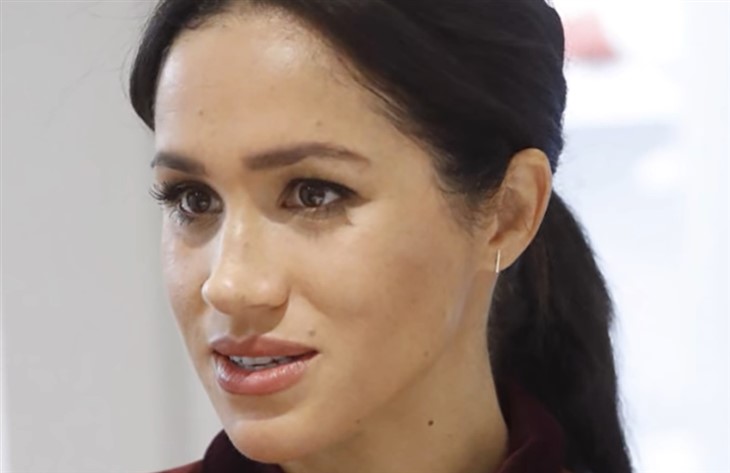 Meghan Markle reportedly shares a desire with many other actors and actresses. Royal family rumors show that the Duchess of Sussex longs to attend the next Academy Awards ceremony, also known as the Oscars. But Prince Harry’s wife may face a block in fulfilling that yearning.

Although Meghan no longer works professionally as an actress, she does maintain ties in the entertainment industry. As a result, Markle could easily snag one of those coveted invitations to the Oscars. Find out why Prince Harry may persuade her to skip the prestigious event below.

Initially, both the Duchess of Sussex and Duke of Sussex planned to attend the upcoming Academy Awards ceremony, insiders told New Idea. And Meghan Markle in particular thrilled at the opportunity to steal the spotlight at the Oscars. But one of the movies predicted to get nominated could stand in her way, shared the sources.

Kristen Stewart portrayed Prince Harry’s beloved late mother, Princess Diana, in the biopic “Spencer.” As a result, rumors swirl that Kristen could get nominated for an Academy Awards. Those fabulous movie reviews for Stewart, however, reportedly upset Prince Harry.

The Duke of Sussex doesn’t want to attend an Oscars ceremony that could put the spotlight on a biopic about his mother, revealed the insiders. And that’s got Meghan Markle in a tizzy over seeing her own plans to show up at the Academy Awards ruined.

If Prince Harry wants to boycott the Oscars, the sources claim that Meghan Markle would feel forced to skip the Academy Awards ceremony as well. But the Duchess of Sussex might look at options for showing up at the film industry’s biggest award ceremony of the year.

“It would certainly blow a hole though Meghan’s hopes of attending the Academy Awards next year if they have to sit through any sizzle reels of Kristen as Diana,” shared one of the sources. “Some scenes in the film are quite graphic and Harry won’t be pleased with the depiction of his mother. The couple have even considered lobbying the academy to ignore the film, which they would never do.”

If Meghan and Harry do decide to urge the academy to skip the film, the couple would take a significant risk. So what are their alternatives? At this point, the Duchess and Duke of Sussex have comfortably settled into their estate in Santa Barbara, California, per People. Only 95 miles north of Los Angeles, the couple’s home could offer the perfect venue for an Oscars viewing party. That option could allow Meghan and Harry to invite their Hollywood friends, dress in their finest, and just switch off the TV when and if the biopic about Harry’s mother gets shown!

What do you think about the Oscars rumors? Do you believe that Meghan Markle and Prince Harry should attend regardless of whether the biopic about Princess Diana gets nominated? Share your views with us. And then check back on our site for all the news about the royal family.

Sister Wives: After Emotional Exchange With Kody, Christine Walks Away In Tears