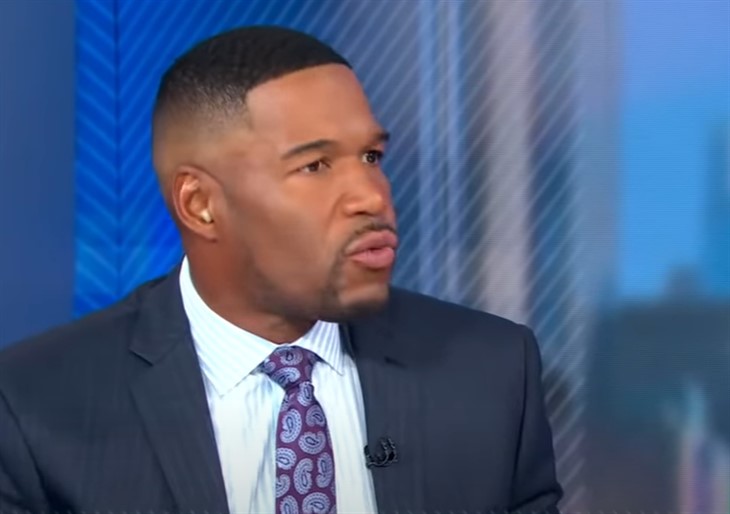 While you’re busy decking the halls with boughs of holly and puzzling about your Christmas decoration plans, pro football Hall of famer Michael Strahan is preparing to go to space next month. Yes, ladies and gentlemen – and others, space tourism is in full gear and Blue Origin is planning to lead the way.

This will be the third human flight team that Blue Origin is sending to space and they’re planning on expanding that number next year.

“GMA” anchor Michael Strahan will be one of six crew members launched into space by Blue Origin on Dec. 9.

He shared the exciting news on the Tuesday episode of the show, telling his fellow co-hosts, Robin Roberts and George Stephanopoulos, that he’ll be onboard Blue Origin for what will become his biggest trip ever.

Strahan then shared a clip of himself being measured for his flight suit and testing out a seat to make sure it would comfortably fit his 6 foot, 5 inch frame.

“Blue Origin, they approached me and they asked if I wanted to be a crew member,” Strahan explained on “GMA”. “Without hesitation, I said yes.”

It’s no wonder the football legend jumped at the opportunity, having previously shared his enthusiasm for space tourism during his reporting on the first Blue Origin launch, in July, for “Good Morning America”.

“I want to go to space,” Strahan said on the show. “I think being there at the first launch, it really was mind-blowing.”

Blue Origin is owned by Amazon Founder Jeff Bezos, who traveled to space on the company’s first human flight, which Strahan covered for ABC.

Strahan added: “I believe that this is the way of being innovative, creative, pioneers in aviation, now space travel. And it’s going to take a while but I do believe that it will bring a lot of technological breakthroughs and also innovations to us here on Earth, I just wanted to be a part of it.

“I was really enamored by the first flight I saw,” he added.

Who Will be Traveling to Space with Hall of Famer Michael Strahan?

Strahan, 50, will be joined by Laura Shepard Churchley, the daughter of Alan Shepard, the first American to fly to space. They’re both honorary guests.

Per a press release by Blue Origin, the Bess’ will be the first parent-child pair to fly to space together.

Strahan will be donating the stipend he will receive for being a crew member on Blue Origin to The Boys & Girls Club, per the statement.

The Blue Origin is set to liftoff at 9 a.m. local time on Dec. 9 from a remote launch site in West Texas. You can watch the coverage of the flight on Blue Origin’s website that day starting at 90 minutes before launch.

Similar to previous jaunts, Strahan’s flight is likely to include about three minutes of weightlessness, along with a view of the Earth’s curvature. Passengers are subjected to nearly 6 G’s (six times the force of Earth’s gravity) as the capsule descends.

Be sure to catch up on everything happening with Michael Strahan right now. Come back here often for all Blue Origin spoilers, news, and updates.