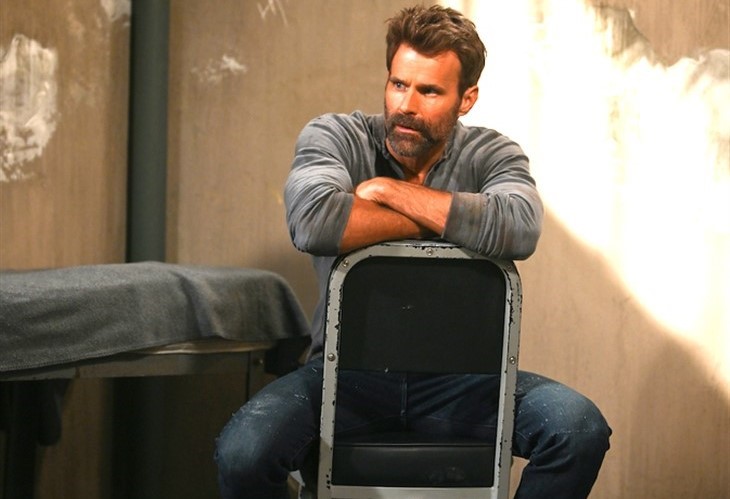 General Hospital spoilers for Monday, November 29, 2021, reveal Drew Cain popping up right on Sam’s doorstep when she thought he was dead — again. The problem is he is the bearer of bad news. Uh-oh.

Jason Morgan (Steve Burton) might not have been shot but that doesn’t mean he was immune from being buried in the rubble in the Cassadine Island tunnels. After all, just because you managed to catch death once doesn’t mean it can’t happen a second time and now Drew (Cameron Mathison) has to be the bearer of bad news and tell Sam McCall (Kelly Monaco) and Dante Falconeri (Dominic Zamprogna) a shocker. Jason is dead…again. But at least Drew gets to see Scout, right?

The bad news spreads around Port Charles when Britt Westbourne (Kelly Thiebaud) shows up at the hospital and tells the whole sordid tale and Carly Corinthos (Laura Wright) has to know if her precious Jason is all right. Well, Britt has to deliver the same bad news to Carly that Drew delivered to Dante and Sam.

Sonny Corinthos (Maurice Benard) also seems happy to see a familiar face and we bet it’s Drew who he sees. And yep, Drew has to tell him Jason is dead again. Will Drew now become the replacement Jason in Carson’s lives? Will Drew also make it to the Quartermaines to deliver the news? Because there is a lot going on over there.

GH Spoilers – A Quartermaine Thanksgiving For The Ages

Harrison Chase (Josh Swickard) (James Patrick Stuart) realizes maybe a holiday wasn’t the best time for him to make his debut as Bailey Louise’s new fake daddy. Valentin Cassadine is still smarting from being her first fake daddy and lied to for all these months.

When he sees Chase in the Q living room, he realizes it’s out with the old and in with the new. Chase just wonders if showing up was the best idea in the world. We can see the snark starting to ensue until the turkey gets burnt and pizza arrives.

Nina Reeves (Cynthia Watros) and Phyllis Caulfield (Joyce Guy) spend Thanksgiving together at Charlie’s Pub and make a few confessions to one another. Elsewhere, Hamilton Finn (Michael Easton) prepares for him and Violet to spend the holiday with Elizabeth Webber (Rebecca Herbst) and her boys. Stay tuned to General Hospital weekdays to see how these stories play out.