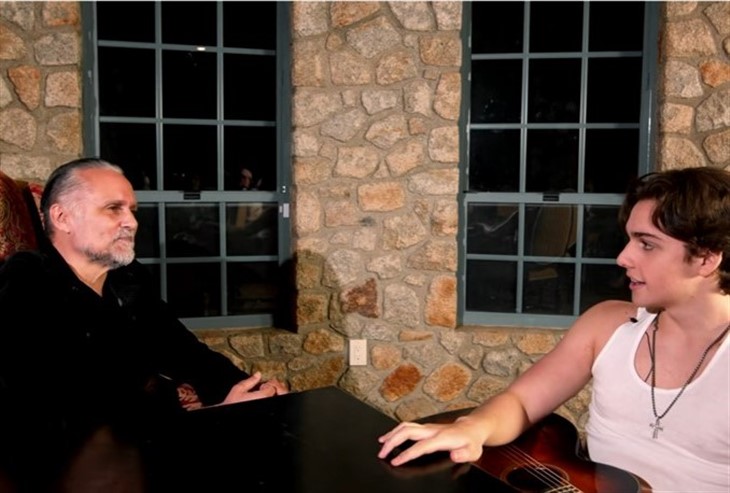 General Hospital spoilers indicate that Maurice Benard, Sonny Corinthos on G.H., has revealed that h son Joshua Benard wants to follow in his dad’s footsteps. How has Maurice encouraged him?

General Hospital News – Joshua Benard Wants To Be An Actor

General Hospital’s Benard’s son has known since he was 13 years old that he wanted to be an actor. Maurice has tried to talk his son out of this because he knows that struggles involved with acting. Maurice has told his son more than once that this is not what he wants to do. However, Joshua has insisted that it is and Maurice has agreed to allow it as long as Joshua proves this is truly what he wants out of life. Joshua has managed to become an all-around actor. Joshua sings, he plays guitar, and even plays piano. Maurice says that Joshua is what you call self-taught. So if Joshua has taken the time to teach himself all of these things, Maurice has decided he can support his decision.

GH News – Maurice Benard Has Been In The Business For Years

Joshua is the youngest child of the General Hospital star and his wife Paula Benard. Paula has also produced some of Maurice’s projects as well. Joshua was born on December 5, 2004. Benard’s fan club had an online baby shower where the gifts were donated to the hospital where Joshua was born. Maurice didn’t really want any of his children to go into the acting world because of the stresses caused by the job. Benard is also bipolar meaning there is a chance that his children could be bipolar as well. However, instead of giving in to his disorder, it was written into the storyline and Sonny became bipolar as well.

Maurice loves his children and supports them in anything they want. However, he does offer his opinion as well. Maurice wanted reassurance that Joshua wanted to be in the acting world and he has gotten that now. Hopefully, Joshua will have the success that his father has had in acting.