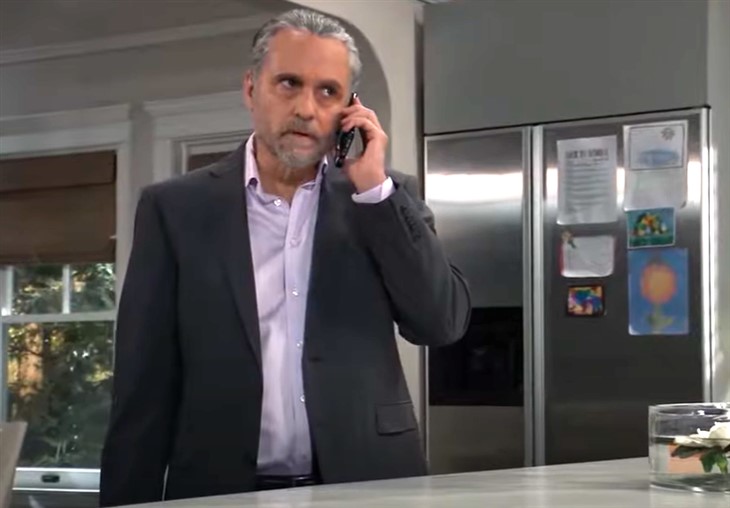 General Hospital (GH) spoilers for Friday, November 5, 2021, reveal the softer side of Sonny taking a bit of a break as the mobster side of him deals with the Novaks.

General Hospital Spoilers – The Old Mobster Is Back In Charge

Sonny Corinthos (Maurice Benard) might have liked his life as Mike the Bartender, but now his old burdens are back as he tries to keep all crime but his own off the streets and docks of Port Charles. Now that the Novaks are back to avenge that Jarly wedding limo explosion and Cyrus Renault (Jeff Kober) is threatening him again, Sonny knows exactly what he has to do.

To that end, he tries to cut a bargain with Joey Novak as the man lies in a hospital bed. Will Joey take him up on his offer and does this offer have anything to do with a way to combat Cyrus?

Meanwhile, Carly Corinthos (Laura Wright) is at the hospital too and for some reason, she ends up talking about Peter Augusts with Elizabeth Webber (Rebecca Herbst). Liz finally vows to make Peter (Wes Ramsey) pay, but we’re not sure how she plans to do that.

GH Spoilers – What Are Those Cassadines Up To?

Nikolas Cassadine (Marcus Coloma) thinks he has it all under control. He thinks he offered Shawn Butler (Sean Blakemore) the right deal and that Alexis Davis (Nancy Lee Grahn) won’t squeal, but he also has to handle his uncle, and Victor Cassadine (Charles Shaughnessy) might have gotten him in trouble. He just has to wait and see.

As for Alexis, she tells Shawn she decided she’s going to take Nikolas up on his pardon offer, which means Alexis Recaps All Stories From Hotel Jail might finally be over.

Josslyn Jacks (Eden McCoy) is a young lady that must feel she is superior to everyone because she was raised that way. Apparently, so was Esme Prince (Avery Pohl). So, when Esme makes Joss feel inadequate because she’s still a virgin, Josslyn suggests to Cameron (Will Lipton) that they change the situation.

Spencer Cassadine (Nicholas Chavez) and Trina Robinson (Sydney Mikayla) run into one another once again. As Spencer makes a decision about his future, Trina asks him who he thinks he is fooling. Stay tuned to General Hospital weekdays to see how these stories play out.

Josh Duggar Might Have His Molestation Scandal Rehashed In Court