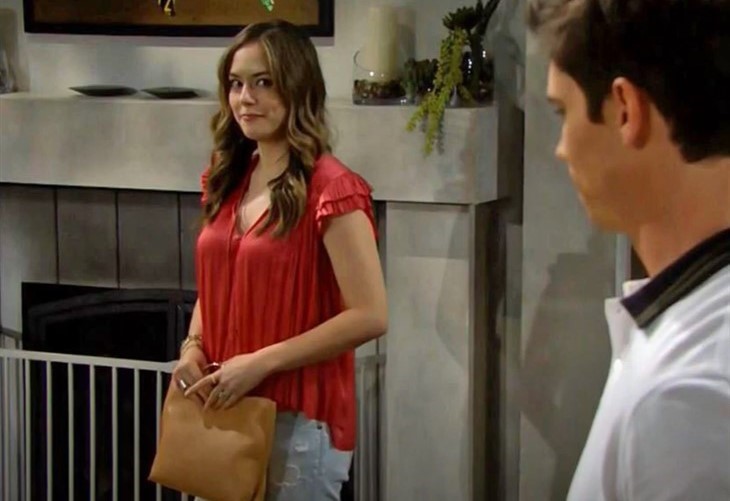 The Bold and the Beautiful (B&B) spoilers hint that Hope and Finn may be pushed towards each other by their outcast parents. As viewers know, Finn Finnegan (Tanner Novlan) and Hope Spencer (Annika Noelle) have found themselves in similar situations. Finn is being told that he can not have a relationship with his mother while Hope is being told that she should not try to have a relationship with her father. However, Sheila Carter (Kimberlin Brown) has a plan to get Finn and Hope away from Liam Spencer (Scott Clifton) and Steffy (Jacqueline MacInnes Wood). Will her plan work?

The Bold And the Beautiful Spoilers – Shelia Carter’s New Scheme

Shelia is all about scheming to get what she wants and she does not mind using others to do that. So when she sees that Deacon is in a similar situation as her but with his daughter, Hope, she does not hesitate to approach him with an offer. Shelia and Deacon pretend to date at first but it seems Shilea liked seeing both Finn and Hope together and is hopeful that by pairing the two of them together, she can be in her son’s life. However, she still has to worry about finding a way to split up Hope and Liam as well as Steffy and Finn. Will she find a way to do that?

Viewers have seen the tension starting between Hope and Steffy as Steffy is not happy that Finn and Hope are talking about their parents with each other. Finn feels comfortable talking to Hope since their situations are the same Hope, however, has shown that she is frustrated by their partners controlling their relationships with their parents. This thought may continue to grow within Hope as she will try to convince Brooke Forrester (Katherine Kelly Lang) to see Deacon Sharpe (Sean Kanan) in another light but as for Liam, he will be teaming up with Ridge Forrester (Thorsten Kaye) to try and keep Hope from Deacon. Will this create more problems for Hope and Liam as Hope tries to build a relationship with her father? Finn may also start to consider having a relationship with his mother so his relationship with Steffy may suffer as well.