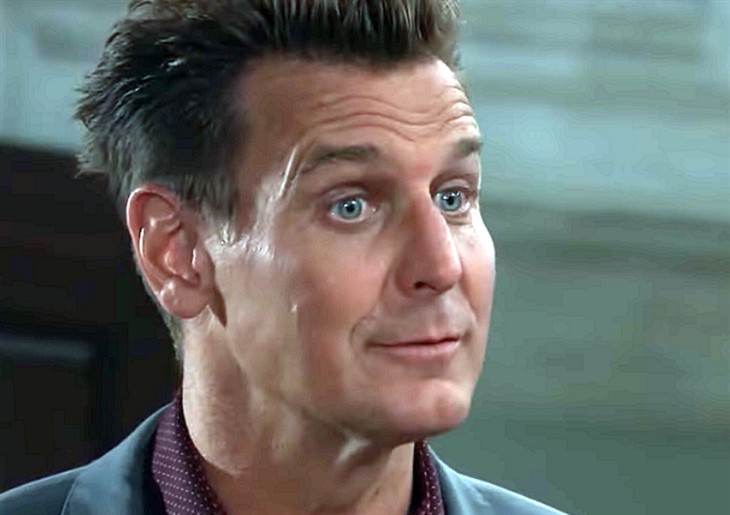 General Hospital (GH) spoilers and rumors tease that Jasper “Jax” Jacks’ (Ingo Rademacher) plane might crash on the way back to Australia and he may also be presumed dead – but just because the actor’s gone does it mean the character is too, or might Jax return someday as a recast on General Hospital?

General Hospital Spoilers And Rumors – A Rumor Of One Character Dead, One Just Gone

General Hospital viewers might remember recent rumors of one character dead, and one just gone when the news started coming out that Ingo Rademacher had been let go by General Hospital, and “one other castmate” which now has been confirmed to be Steve Burton. Even though some speculated Jason Morgan would be just gone and Jax would be killed, others thought it may be the other way around! As the storylines unfold, it could wind up that both characters could be presumed dead!

Longtime General Hospital viewers know that usually when a body is not shown or a plane or other vessel crashes with no death shown, the character can come back someday. It’s happened many times over the years, the most recent “resurrection” being Drew Cain (Cameron Mathison)! Jax being killed in a plane crash sounds suspiciously like Drew’s story, as well as Holly Sutton’s (Emma Samms) – and General Hospital viewers know neither of them are really “dead dead”!

Longtime General Hospital viewers will recall that Jax has come and gone throughout the years, but it seems the only tie he has to Port Charles now is his daughter Josslyn Jacks (Eden McCoy) – who has gone to him in Australia at different times in the past. It could be understandable since he is alienated from both his ex-wife Carly Corinthos (Laura Wright) and his ex-girlfriend Nina Reeves (Cynthia Watros) that the General Hospital powers that be may simply choose to “kill off” the character.

It seems of late the plane crash with no survivors routine seems to be standard, even if the character is resurrected later, such as in the case of Drew. Even Jason could be resurrected at some point, likely as a recast again, because his body has not been found and WSB personnel could not detect a heartbeat with advanced equipment.

General Hospital viewers know that both Jax and Jason have been on the show for over twenty years, and would be considered legacy characters at this point. However, simply due to the controversy over which both actors were let go from General Hospital, it will likely be a long time before recasting either one. However, Jax could return as a recast a lot easier than Jason – and not just because Jason appears to have been buried under a pile of rubble. There was a lot of fan dislike when Jason was recast the last time, and Billy Miller took over the role, later becoming the first Drew Cain.

The fans really fought, not only with General Hospital but with each other, over the two pairings of “Dream”versus “JaSam”. If the rumor of Jax’s plane crashing on the way to Australia turns out to be true, it could make for a dramatic storyline with Carly’s regrets that she didn’t make up with him but she’ll be too busy grieving Jason for this to happen right away. It’s more likely that the angst over Jason will need to be resolved before throwing a fatal plane crash involving Jax at Carly and Nina – however, yes, in the future at some point Jax could return as a recast, and with much less controversy than Jason being recast.