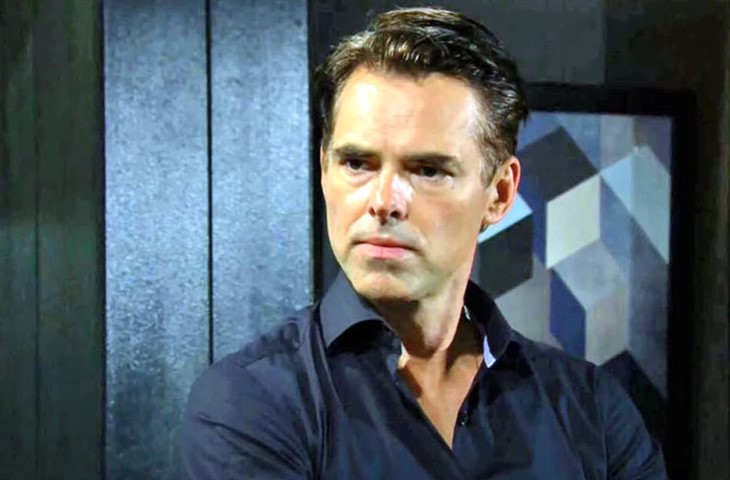 The Young and the Restless spoilers document that Billy Abbott (Jason Thompson) is sincere. He will resign and allow Lily Winters (Christel Khalil) to run Chance Comm if Victor Newman (Eric Braeden) calls off the dogs.

Billy is desperate. He has to know that even if Victor says he will back off, the Moustache’s word is not worth the air it floats in. There is no way that Victor will show Billy mercy now.

So, if Billy can buy some time, it feels possible that he will recalibrate and keep fighting. But Lily’s support and his mother’s presence will be needed to avoid being roundly defeated.

The Young And The Restless Spoilers – Jill Abbott Atkinson Changes The Outcome?

Jill Abbott Atkinson (Jess Walton) is savvier than Billy. While Lily is sharp, Jill holds the experience card over the co-heads of Chance Comm and will surely use it.

There is no way that Jill will allow the media division of Chancellor Communications, which she created as an energy channel for Billy, to simply collapse.

So, Walton’s teased return to the show should bring this conflict to a climax. It is challenging to predict the outcome at this point in the plot because of Victor and Jill’s cagey natures.

Lily was right to be angry. Bill made a unilateral decision that will impact the company they both head if Victor agrees to his request.

Jack Abbott (Peter Bergman) correctly chided his brother. He ran Jabot recklessly, with the infamous Jaboat debacle and other misguided choices low-lighting that brief moment in the company’s history.

Billy’s decision to rely on Jesse Gaines (Jamison Jones) was all about personal feelings. Thompson’s character wanted to get Ashland Locke (Richard Burgi) using any means necessary. Billy also thought that Newman Media would be damaged. The resulting backfire was loud.

The Young And The Restless Spoilers – Victor Newman Goes Overboard

Jaboat ranks with the funnier invented names heard on Y&R in recent years. So, it was also used in this section to ask if Victor will go overboard?

He, Adam Newman (Mark Grossman), and Ashland are not thinking of business. They want to get Billy because they loathe him.

Newman Media does not need the remnants of a destroyed Chance Comm. So, maybe Billy’s gamble is realized as an eventual stalemate? And, the Victor chess reference is also apt.