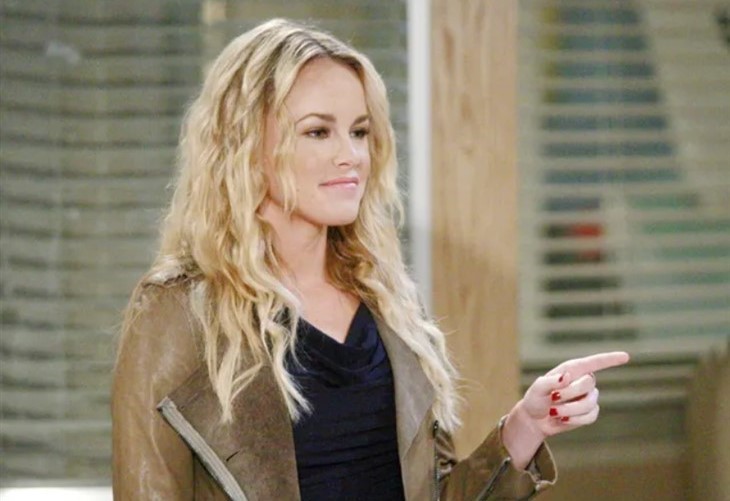 General Hospital spoilers and updates tease that alum Julie Berman has landed a new gig on a primetime series. The actress, who portrayed Lulu Spencer in the daytime soap, will appear in an episode of CSI: Vegas as Tammy Shaw this coming November 24.

CSI: Vegas is an American crime TV series that recently aired on CBS. It premiered its first pilot episode on October 6, 2021. The fifth series of the CSI franchise stars William Petersen and Jorja Fox. Petersen reprises his role as Gil Grissom while Fox portrays Sara Sidle. The played both roles in the popular TV series, CSI: Crime Scene Investigation.

Berman tweeted, “If you are looking for something to boost your appetite the night before Thanksgiving, set your DVRs for @csivegas next Wednesday on CBS! I’ve always loved this show & was thrilled to jump into this episode.”

Spoilers hint that Peter August (Wes Ramsey) plans to kidnap Maxie Jones (Kirsten Storms). He’s too obsessed with her to pass up the opportunity even if it means he may get caught.

Peter wants to build his dream family and wants to find Louise August (Harper and Scarlett Bloom). But he’ll put off his plans for now and focus on reuniting with Maxie. Unfortunately, he’ll have to deal with the tunnel collapse first. If he survives, he’ll have to find a way to slip past Anna Devane (Finola Hughes) as well as Robert Scorpio (Tristan Rogers).

Spoilers hint that Peter will manage to get off the island but he’ll lose control of Drew Cain (Cameron Mathison), whom he ordered to kidnap Maxie. But Peter is hell-bent on making his dreams come true. What will he do next?

Spoilers hint that Marshall Ashford (Robert Gossett) is determined to win over Curtis Ashford (Donnell Turner) and he’ll use TJ Ashford (Tajh Bellow) to make sure that his plan succeeds.

Marshall will try to convince TJ to put in a good word about him with Curtis. This could lead to some family drama if TJ decides that Marshall is a good person and just wants to make amends. He may start to defend Marshall, which would definitely upset Curtis.