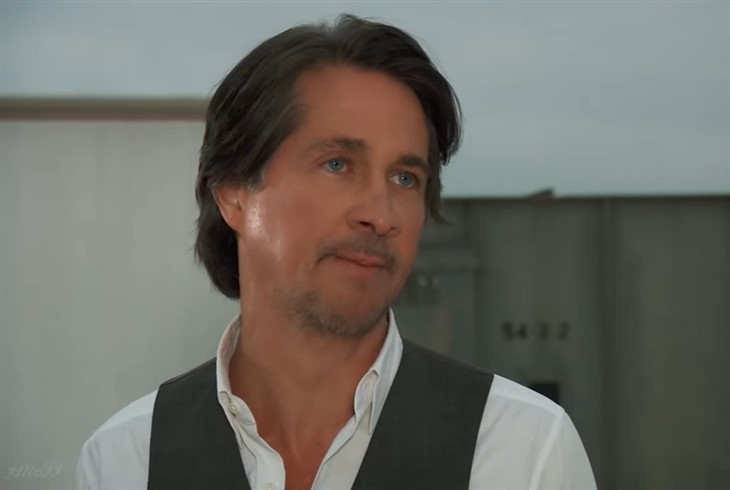 General Hospital Spoilers – Is It Hamilton Finn To The Rescue?

Without Peter’s (Wes Ramsey) little antidote vial, Finn (Michael Easton) has to go it alone to save the man he thinks is his son. He should have been trying this all along considering he is a scientist who cured a rare infectious disease with his research. He seems to hit paydirt and Elizabeth is there to cheer him on, telling Finn it was always going to be him.

GH Spoilers – Stella Henry Has Something Important To Stay

Stella (Vernee Watson) is back in Port Charles and taking names. She can’t believe this happened to Curtis (Donnell Turner) but doesn’t want Jordan (Briana Nicole Henry) to blame herself. However, she is quite curious about what is going on between Curtis and Portia (Brook Kerr) so she takes Portia aside and point-blank asks her. What is between Portia and her nephew? After all, Portia is right there by Curtis’s side when he wakes and she couldn’t be happier.

Laura (Genie Francis) is also there as soon as she can and is eternally grateful that it looks like Curtis will be ok and that he saved her life. How can she ever repay him?

Alexis (Nancy Lee Grahn) and Shawn (Sean Blakemore) are still on the case from behind bars. They are determined to learn who really shot Hayden Barnes (Rebecca Budig) back in 2015. On Tuesday, they make a huge discovery. Will this discovery lead them right to Nikolas (Marcus Coloma)?

Speaking of Nikolas, he is on the phone with someone at the prison letting them know to be a lookout for a token of gratitude. Little does he know the trouble he will be in soon…

Over in Nixon Falls, Nina (Cynthia Watros) and Sonny (Maurice Benard) grow closer and he doesn’t want her to go back to Port Charles. He tells her she makes him happy and Nina is both stunned and delighted.

Back in PC, Jax (Ingo Rademacher) is rallying for her. He wants Michael (Chad Duell) to let her see Wiley and even blackmails Michael to make it happen. What on Earth can he even have on Michael, the good vanilla boy who barely does anything wrong? Stay tuned to General Hospital weekdays to see how these stories play out.