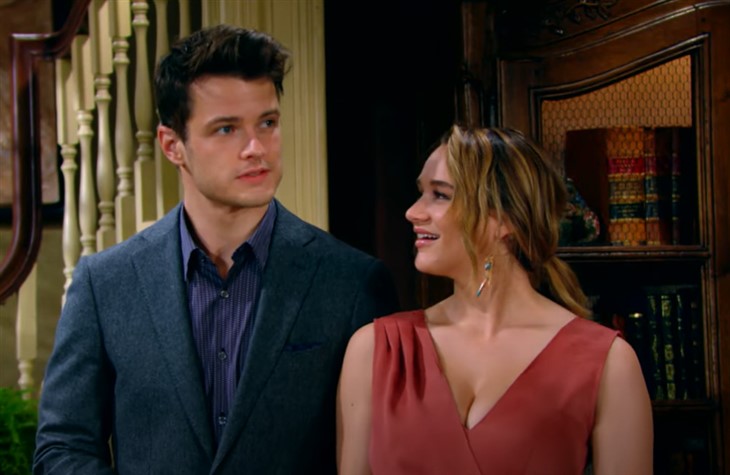 Harrison Locke’s (Kellen Enriquez) existence is something that sparked Theo Vanderway (Tyler Johnson) to dart from New York City, New York, to Genoa City, Wisconsin. He made sure that Sally Spectra (Courtney Hope) had that intel and delighted in Kyle learning about his recently confirmed paternity status.

Summer’s recent decision to postpone Skyle’s wedding plans is now reversed. Tara Locke (Elizabeth Leiner), not Harrison, is a threat that must be dealt with.

The Young And The Restless Spoilers – Meet The Parents, Kyle Abbott

Kyle isn’t Phyllis Summers (Michelle Stafford) and Nick Newman’s (Joshua Morrow) first pick to be their son-in-law. While Summer was the unstable half of Skyle a few years ago, Kyle’s roller-coaster ride within recent months leaves Phyllis and Nick deeply skeptical now.

Summer has often had to defend Kyle. That tactic hasn’t worked, with Nick, in particular, giving Kyle the fisheye on numerous occasions.

Phyllis doesn’t suffer fools lightly. She’s also upfront in openly stating that she disrupted the lives of her supposed love interests in daytime days gone by. With that experience, she doesn’t plan to allow Kyle to upset Summer’s world.

Tara’s reply to Ashland Locke (Richard Burgi) was revealing. She claimed that he was distant, being far too focused on work. That was the explanation she offered for becoming involved with Kyle, having his child, and not telling either man who Harrison’s biological father was until this year.

Fans will learn that Tara claims to have no money and due to Ashland’s prenuptial agreement, appears to be inclined to accept his custody offer. That pitch would strike Kyle out of Harrison’s life.

Of course, neither Tara nor Ashland will decide what say Kyle has. The New York court system will hold sway, unless some deceptive tactic is employed.

The Young And The Restless Spoilers – To Marry Soon And Parent?

The best possible outcome is for Kyle to marry Summer as soon as possible. Her love for him could not be proven more genuine in light of current circumstances.

Kyle must also pursue and hopefully achieve a shared custody agreement with Tara. Harrison is an Abbott, as Jack Abbott (Peter Bergman) has reinforced. So, Tara’s dealings with Ashland can’t be allowed to negatively impact Kyle’s need to be a father to his son or for Summer to become his wife and Harrison’s stepmother.