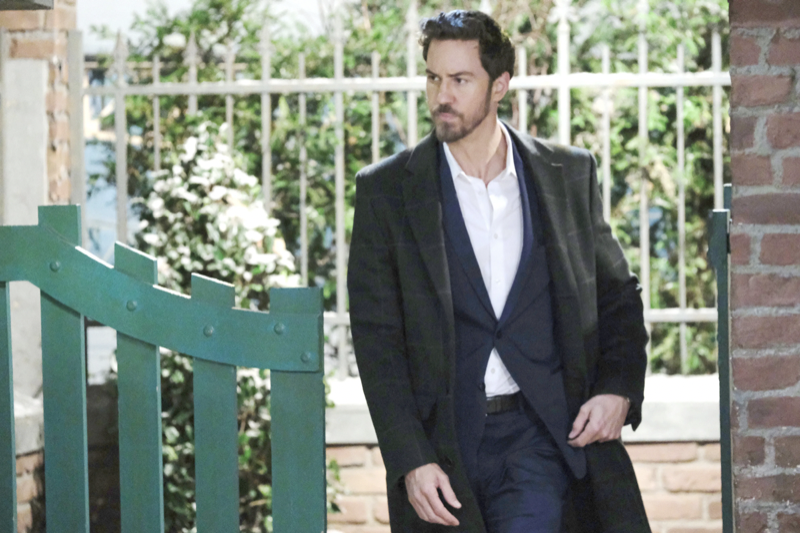 General Hospital (GH) spoilers suggest that there may be a twist in the Peter August (Wes Ramsey) story. Did Faison send an evil Peter clone to Port Charles?

General Hospital’s Peter came to Port Charles to make sure that Caesar Faison (Anders Hove) is killed. Peter had not been able to take care of his father himself, but he knew Jason Morgan (Steve Burton) could. Unfortunately, Nathan West (ex-Ryan Paevey) was collateral damage, but was this the real Peter? Peter claimed to have been forced to help Faison with his crimes while spending time with his father. The Peter that we first met is not that man that Peter has become. Could there have been a switch in the mix orchestrated by Faison himself? Did Faison die when Jason shot him years ago or did he send an evil clone to continue his legacy as a supervillain? Was Faison so disappointed in his son that he replaced him with an evil clone?

General Hospital’s Peter loved Maxie Jones (Kirsten Storms) and would never hurt her. Once Peer was shown the love of a good woman, he became a likable person. Peter lied about his identity but once the truth was out he had the pleasure of delivering his nephew beside the road. Maxie was eternally grateful for Peter’s help and they continued to bond. Peter genuinely loved Maxie and her children and wanted to be a family with her. Could all of that have been a lie? Is the real Peter out there somewhere after being replaced by someone more able to do Faison’s bidding? Is this obsessive, evil man who Peter has been all along?

General Hospital Spoilers – What If Peter August Has Been Replaced?

What if General Hospital’s Faison replaced Peter with an evil clone? Where is the real Peter? Was Peter replaces before Maxie got pregnant or after? Is Peter aware of anything that his clone has perpetrated in his absence? Now that the man everyone thinks is Peter is dead, what happens if the real Peter returns? Can Peter be held accountable for his replacement’s crimes? How will Peter prove his innocence? Can Maxie ever trust him again? Is Faison still alive and pulling the strings from behind the scenes?

Peter has made some dramatic changes since he came to Port Charles. Peter also seems to have done an about-face more than once. Will fans learn that the man they have been dealing with is not who they thought he was? Will the real Peter come back to town and prove his innocence and regain his life?