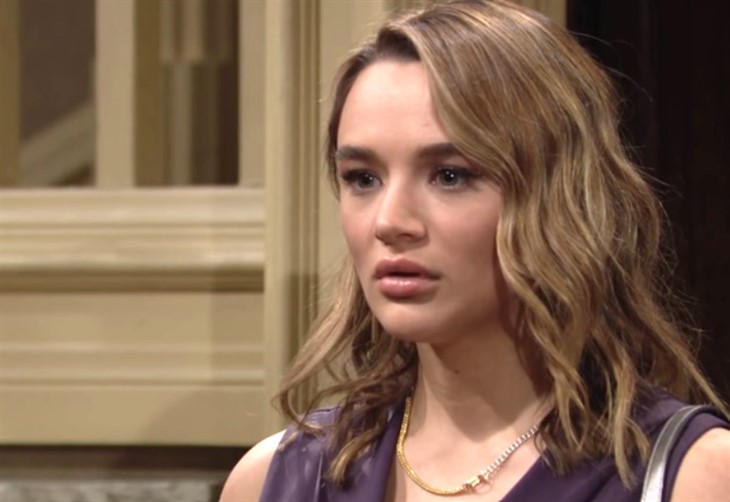 The Young and the Restless spoilers reveal that Kyle Abbott (Michael Mealor) was introduced to Harrison Locke (Keller Enriquez) as “daddy.” Since “Skyle” is engaged, Summer Newman (Hunter King) will be the boy’s stepmother. However, it sounds as if the two don’t connect. It could make Summer feel like she’s not stepmom material and worry even more about the future.

The Young And The Restless Spoilers – Tara Locke’s Warning

Y&R spoilers reveal that the paternity test results were revealed, which identify Kyle as Harrison’s biological father. Tara said that she wanted Kyle to be a part of their son’s life but also had a warning. If Kyle was going to walk into Harrison’s life, then it was forever. He couldn’t do it for a little while and then walk away when it got boring or tough.

Kyle understood what Tara was saying and promised he would stick around. He’s not the same person that Tara knew in New York. Kyle may have his faults, but he does seem committed to doing what is best for Harrison. This is a sharp contrast to Ashland Locke (Richard Burgi), who is much older, but refers to Harrison as if he’s an asset or piece of property. He just wants the boy to say, “he’s mine, I win.”

Ashland has been using Harrison as a pawn in his upcoming divorce. He threatened to take custody away from Tara, which could separate a mother and her young son. He didn’t even stop to think how that might affect Harrison, which was the point of Jack Abbott (Peter Bergman) telling Ashland about his own childhood.

The Young And The Restless Spoilers – Summer Newman Introduced

The Young and the Restless spoilers reveal that during the week of June 7, Summer will officially be introduced to Harrison. She will try to get to know her future stepson. However, it is stated that Summer “tries” to connect to the boy. That indicates that despite her best efforts, she is unable to bond with him.

Kids can be tricky, especially when their once stable world is crashing down around them. Harrison can probably feel the tension and knows everything seems to be changing. He’s already met a lot of new people, including his “second father.” His parents are divorcing, Ashland is running around the Abbott mansion throwing temper tantrums, they are living in a new city and staying in a stranger’s house. That is a lot for a young child to deal with.

So, it might take time for Summer and Harrison to connect. However, this won’t be what’s going through Summer’s mind. When she fails to instantly bond with the child, her fears about the future will multiply. She might think that she’s not stepmom material and it could make her question whether she even has a place in Kyle’s life anymore.

Do you think Kyle and Summer will be able to get through this without it tearing them apart? Or could we be looking at another “Skyle” separation?