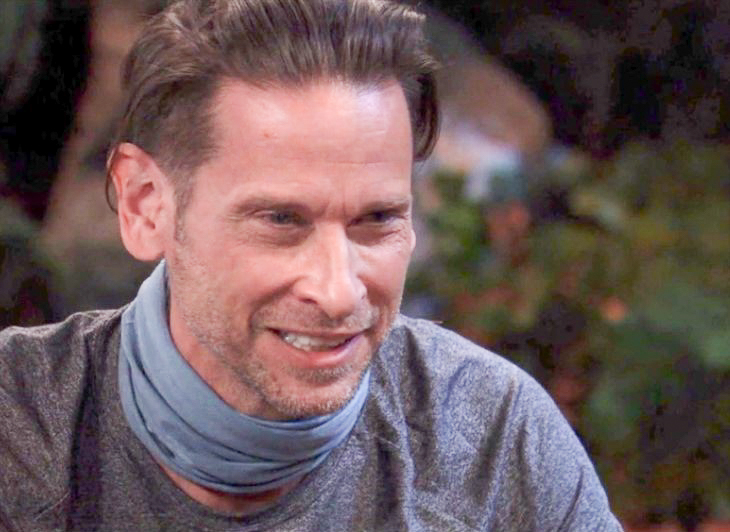 General Hospital Spoilers And Rumors – Austin Is A Doctor, We Just Don’t Know His Specialty

General Hospital viewers know that Austin is a doctor, we just don’t know his specialty. All doctors are trained to deliver babies, and at a stretch, Austin could even be a veterinarian. The birthing process is the same for any mammal, and humans are mammals.

Austin could have experience delivering calves and foals. At least he didn’t call Maxie Jones (Kirsten Storms) a heifer! General Hospital viewers will also recall that Austin looked hard at a sign in General Hospital when he obviously must have been checked out as okay and was walking around. He was looking intently at a pediatric head injury center in the hospital, named after Michael Corinthos (Chad Duell) who likely funded it. Perhaps he is a pediatrician or a pediatric surgeon.

He obviously knew his way around newborns as he helped newborn Louise August (Scarlett and Harper Bloom) to take her first breaths and start to cry, which was a great relief to Maxie! It obviously was a great relief to Austin, as well! Appearances can be deceiving – Austin was hiking in the deep woods near Pautuck, New York when he came across Maxie in labor, relieved that she wasn’t a bear. He didn’t appear to have been too worried about what would have taken place if she had been a bear; Austin seems to be a very laid-back dude. He didn’t look too much like one would expect a doctor to look, but again, he had been hiking in the deep woods. He wasn’t dressed for work!

GH Spoilers And Rumors – Could Austin Have Some Experience That Could Help Harrison Chase?

General Hospital viewers know that there have to be more reasons for Austin to be a doctor than for him to have delivered baby Louise, although that was certainly a godsend for Maxie! Perhaps Austin has some experience that could help Finn save Chase. Finn was one of the people in Maxie’s hospital room when Austin came to check up on her in a recent General Hospital episode.

Austin could also be an expert in a field that could help Finn with Chase. Finn is an expert in infectious diseases, some of them rare, like when he finally figured out that Sasha Gilmore (Sofia Mattsson) had been infected with a rare strain of bird flu a couple of years ago. In that case, Sasha also was poisoned in a way – by Cassandra Pierce (Jessica Tuck) having injected a grapefruit with the virus that Sasha was eating at the time. With all the times that General Hospital has had crises borne out of toxins, such as the time Jerry Jacks (Sebastian Roché) had poisoned the water supply, they could use a poisons and toxins expert!

Perhaps that is Austin’s specialty – someone who develops antidotes. Just because Austin is a woodsy kind of guy doesn’t mean he doesn’t know his stuff – for all anyone knows, he could go in the woods a lot for his work. There are all kinds of poisons that need antidotes in the deep woods – snake venom, for instance. There are also poisonous spiders and the venom of a spider or a snake isn’t all that different from a toxin like Chase was exposed to!

Austin might capture venomous snakes and spiders to extract their venoms and synthesize antidotes from them, similarly to how Finn synthesized a cure for Blackwoods’ Syndrome from his bearded dragon Roxy! Wouldn’t it be great if Austin was able to help Finn save Chase’s life?