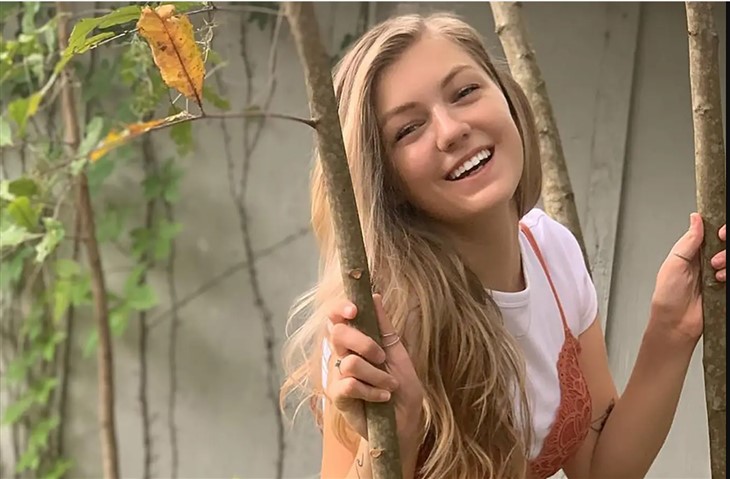 Gabby Petito news updates include a warning from a forensic expert about Brian Laundrie.  And this expert analyzed what the allegations that Laundrie hit her in public might mean about what could have occurred between the two in private. Find out more below!

Rumors regarding the relationship of Brian Laundrie and Gabby Petito continue to raise questions about what really happened in their private lives.

But now a forensic expert has offered some new insights about allegations concerning an argument between the two.

Gabby Petito allegedly had argued with her fiancé Brian Laundrie in the street. As a result of that argument, Laundrie reportedly hit her.

Morgan pointed out that a summary of the situation revealed that Laundrie is “a grown man [who] allegedly, per the 911 call, [was] willing to slap a 95-pound young lady in the middle of the street.”

That call resulted from a witness’ allegations that 23-year-old Brian Laundrie hit 22-year-old Gabby. As a result of the witness’ claims, cops responded to the 911 call. And Gabby told the police that Laundrie attempted to quiet her by grabbing her face.

But after Petito confessed to hitting Brian first as they argued, officers labeled Gabby as the “aggressor.” And although police ordered the couple to separate for the evening, neither faced charges as a result of the incident.

“If that story is true, that’s rather bold, don’t you think?” questioned Morgan.

And the forensic expert also contends that taking such a “bold” action in public offers insights about what could occur when Gabby and Brian were alone without witnesses.

“I think, ‘well, if you’re so bold to do that public, what might you be willing to do in private?'”  asked the forensic expert.

Two weeks after that incident, witnesses saw Gabby in a Wyoming restaurant. She reportedly apologized to the restaurant’s staff for Laundrie’s alleged anger.

Morgan’s analysis comes in the wake of the Teton County Coroner’s Office revelation that Gabby Petito died from “manual strangulation or throttling.”

As for speculating on either a suspect or Brian Laundrie, Dr. Brent Blue did not comment.But he did state that he feels it is shameful that other “domestic violence” cases fail to get similar attention.

However, the lead agency in the case, the FBI, has not issued an official statement linking Gabby’s death to domestic violence.

At this time, Brian Laundrie is viewed as a person of interest in the case.However, the FBI did issue an arrest warrant for Laundrie due to misusing a bank card shown to belong to Gabby.

The FBI issued that warrant on September 24 in response to allegations that Brian used the card between August 30 and September 1.

At this time, Gabby Petito was last seen alive in that Wyoming restaurant issuing an apology to the waiters for Brian’s anger. What do you think it means? Share your views with us!

And be sure to check back on our site for the latest news about Gabby Petito and Brian Laundrie.

Days Of Our Lives (DOOL) Spoilers: John Thinks The Devil May Be Back In Marlena