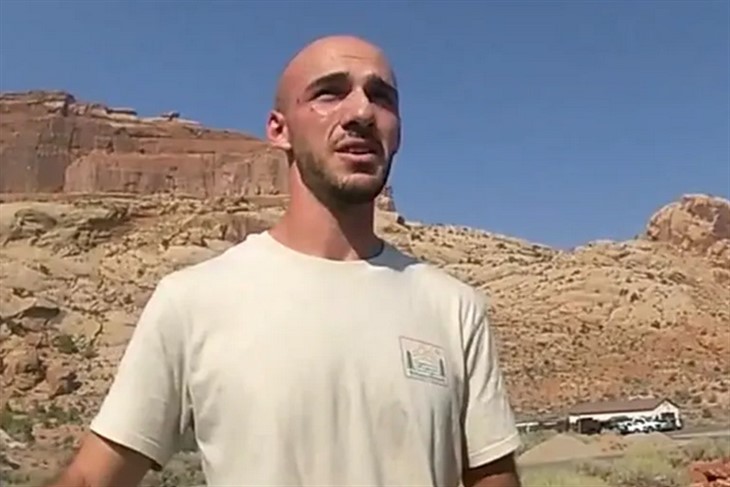 The search for Brian Laundrie has been going on for 30 days and authorities are no where close to bringing him in. Has Laundrie left the United States?

Brian Laundrie’s Friend Claims Believes He Could Leave The Country

Brian’s friend, who chooses to remain anonymous, says that Laundrie is very good at planning things. The informant claims to be a long-time friend of Laundrie and to have insight into his past. “He’s the type of person that would be able to drop everything to secure his means of not being captured and to evade arrest or evade prosecution from what seems to be a pending crime.” The friend goes on to say that Brian could have already secured a fake ID or arranged other means to get out of the country illegally. Perhaps Brian has escaped to an oceanic country and reveals that Brian often spoke of New Zealand according to his friend. This friend claims to have known Brian from a very young age and believes they know what his moves would be. “I’m sure if he had the time and the resources in a few years and he really needed to get away from this issue, that’s probably somewhere he would end up,” Mr. Laundrie’s friend told The Sun.

Brian Laundrie – No New Evidence Has Been Found

North Port Police have found no new evidence of Brian Laundrie in the Carlton Reserve as of Friday, October 15. Police and the FBI have been searching the 25,000-acre nature preserves since his parents claimed he went hiking there and disappeared. Police are also using cadaver dogs in their search in case Laundrie is deceased. Authorities believe that Laundrie is still alive. A retired FBI agent says that if Brian Laundrie is still alive, someone is almost definitely helping him. “For him to survive this long, if he is still alive – and probably, chances are, he is – he’s getting some kind of help,” Dennis Frank told NewsNationNow. “It’d be very, very difficult to be able to survive for this period of time, especially in the wilderness, without some kind of help.”

Brian Laundrie – Living It Up Somewhere Else

If Laundrie’s friend and “In Pursuit With John Walsh” star, John Walsh are correct, Laundrie could be long gone and living it up in another country. Walsh believes that this search of the nature preserve has done nothing but cost a half-million dollars in taxpayers’ money when the suspect isn’t even there. Walsh firmly believes that Laundrie left long before his parents said he did and could be in the Caribbean at this time. Walsh also believes that Brian’s parents and his lawyer are aiding and abetting him at this time.

Keep checking back for breaking news on the Gabby Petito murder and search for Brian Laundrie.

Celebs And Fans React After Kirstie Alley Passes Away