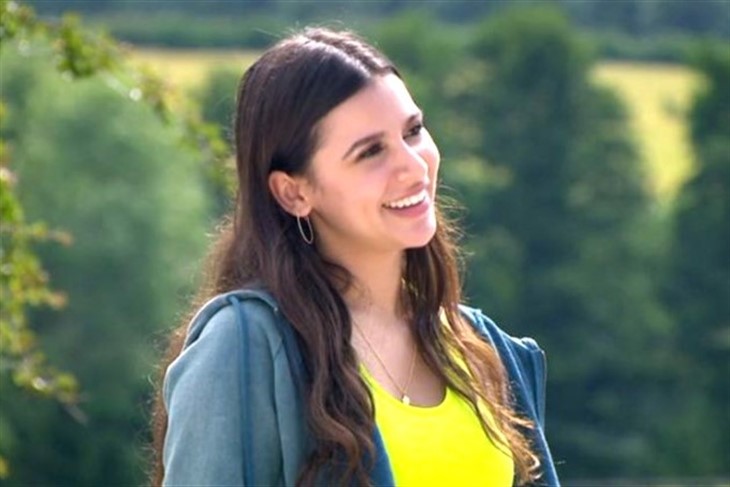 Emmerdale spoilers and updates reveal Paige Sandhu has revealed she’ll be doing her dream storyline for Meena Jutla in Emmerdale this year.

The star has started portraying Meena Jutla in the ITV soap last September 2020. Meena is a fun and sneaky character that has caused a ruckus among the villagers and has aggravated people, especially her sister Manpreet Sharma (Rebecca Sarker) whom she argues a lot with.

Emmerdale’s fans will see more sides of Meena this year. Paige told Inside Soap magazine: “I will be doing my dream storyline for Meena this year! I wish could tell you what it is, but I can’t.”

Meena entered the Emmerdale Village in hopes to reconcile with her sister, but Manpreet is one of the many more who doesn’t welcome her with open arms. This sassy character has caused trouble to the villagers, yet it is expected her storyline this year will involve more drama with her sister Manpreet.

The relationship between the two sisters has been shattered and the reason was revealed during an argument between Manpreet and Rishi (Bhasker Patel), Manpreet’s current husband, that Meena slept with Dennis, Manpreet’s first husband, which is why she will never let bygones be bygones.

Meena is wild, intelligent, and manipulative. She can put things in her hands and cause people to do what she wants. Paige considers her character Meena as ‘really fun to play’.

She said she is hugely “excited” about the big storyline for Meena and revealed, “It is something that people will definitely want to watch. My dreams are coming true!”

Emmerdale fans were surprised to see a fresh face on the series. Paige Sandhu is a relatively unknown actress represented by Williamson & Holmes, a London-based acting agency.

It is believed that Meena Jutla is Paige’s first TV role according to her IMDb. The actress seems to enjoy her life outside the television and evaded the social media limelight, occasionally posting on Instagram, having only 3,218 followers. A very little can be discovered about her on the internet. She runs ‘The Paige Sandhu Podcast,’ her own digital recording name.