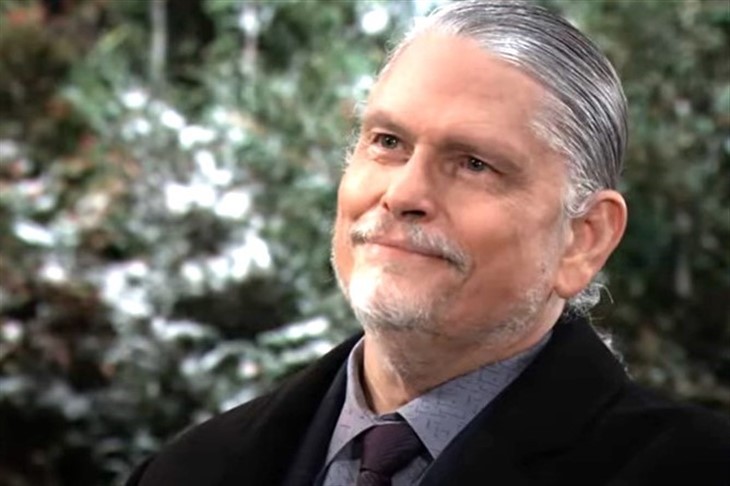 General Hospital (GH) spoilers tease that General Hospital could be getting ready to repeat history with Cyrus Renault (Jeff Kober) bombing Michael Corinthos’ (Chad Duell) car while he’s at the Five Families meeting, or have one of his henchmen do it. But who will be in the car – will it be Michael, or perhaps Willow Tait (Katelyn MacMullen)? And where is Wiley Corinthos (Erik and Theodore Olson) when this happens?

General Hospital Spoilers – Years Ago, Sonny Corinthos’ First Wife Was Killed With Him The Target

Longtime General Hospital viewers will remember that years ago, Sonny Corinthos’ (Maurice Benard) first wife, Lily Rivera (Lilly Melgar) was killed when the Corinthos car blew up. That was an intentional hit by Lily’s father, Hernando Rivera (Ismael “East” Carlo) but he meant to kill Sonny. Lilly was carrying Sonny’s first child at the time and when Hernando found out his error, he had a heart attack. Sonny used the money from Lilly’s estate to found the Stone Cates (Michael Sutton) Memorial Wing at General Hospital. Now there is a situation where Michael is taking Jason Morgan’s (Steve Burton) place at the Five Families Meeting and Cyrus is upset that nobody is willing to help him get his mother back.

Cyrus knows that Michael is taking his place and he wants to get to Michael in a way that counts, hoping to force him into action and that his mother, Carly Corinthos (Laura Wright) won’t budge. Cyrus could have Carly kidnapped or killed, but that would be too obvious and he would be the prime suspect or at least the person behind the hit! Might Cyrus target the adoptive mother of Michael’s child, Willow Tait (Katelyn MacMullen), in a similar manner to Hernando when he placed a bomb in Sonny’s car only to kill his own daughter? Or will Michael be the target to get to Carly, and Willow be in the wrong place at the wrong time, as Lilly was? Worse yet, where will Wiley Corinthos (Erik and Theodore Olson) be when the car blows up?

Cyrus even threatened his own sister, Mayor Laura Collins (Genie Francis) over the Corinthos’ family’s situation with Sonny presumed dead and Jason unable to go to the Five Families meeting. Michael volunteered to step up as the remaining Corinthos son – even though actually, he’s a Quartermaine – and take Jason’s place. Carly rightly could, but Jason doesn’t want her to. Jason would prefer Michael didn’t either, but he’s stuck in Pentonville Prison awaiting trial for Franco Baldwin’s (Roger Howarth) murder. Someone has to protect Sonny’s territory, and it might as well be Michael!

Carly has loose lips and she’s already sunk Corinthos ships and possibly even endangered Jason’s trial with her blabbing to Cyrus that she knew he paid off Gladys Corbin (Bonnie Burroughs) to give false testimony at Jason’s trial, and that she was the “eyewitness” that went to the police! Longtime General Hospital viewers will also remember that Michael has had terrible luck with girlfriends and wives – other than Sasha Gilmore (Sofia Mattsson) they have all died, several due to mob violence, one the victim of a serial killer! One would think that Michael would go to the Five Families meeting in his own car and Willow would have her own car so she could take Wiley to a doctor should he have a medical problem. One never knows what toddlers can get themselves into, so it is always best to be prepared! Something could happen where Willow and possibly even Wiley could be in Michael’s car that day when Cyrus intends to kill Michael!