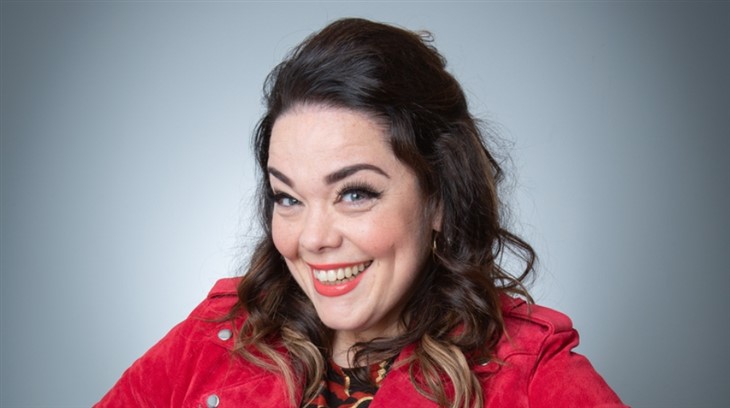 ITV Emmerdale spoilers for the week of September 28 confirm that someone will try to play Cupid. However, there will be heartbreak for another. Plus, expect someone’s past to be brought up, as well as one character’s secret being exposed. Keep reading to find out what to expect when the soap airs new episodes during the upcoming week.

At the beginning of the week, Mandy Dingle (Lisa Riley) will play Cupid and try to get Vinny Dingle (Bradley Johnson) and Liv Flaherty (Isobel Steele) together. However, she gets her wires crossed when it is revealed that Liv is asexual, then the young woman quickly leaves.

Meanwhile, Dawn Taylor (Olivia Bromley) will be heartbroken when Billy Fletcher (Jay Kontzle) informs her that he is still in love with her. Then, Dawn ends up getting arrested.

Emmerdale spoilers for Tuesday reveal that Mandy will have unpleasant memories when she hears Tracy Metcalfe (Amy Walsh) talk about being pregnant. Later, Mandy asks Vinny not to say anything to Paul Ashdale (Reece Dinsdale) about the child she lost. Then, she realizes that Paul has been within earshot the whole time.

On Wednesday’s episode, Vinny will come home and goes through different emotions when he figures out his father is upstairs with Mandy. He decides not to bother them and reaches in Paul’s pockets looking for money. When he pulls out a betting slip, he realizes that his dad is gambling again.

Emmerdale spoilers for Thursday reveal that Vinny will confront his father over the gambling, but what will he say? Meanwhile, Tracy talks to Cain Dingle (Jeff Hordley) about her fears of what the future holds. Also, Chas Dingle (Lucy Pargeter) will reflect on her relationship with Paddy Kirk (Dominic Brunt). Later, she will be even more distant from him.

In Friday’s episode, Bear Wolf (Joshua Richards) will become concerned about Paddy and Chas’ relationship. Liv is surprised when she finds a gift that has been left at her door. Meanwhile, Mandy is evasive.

Which storylines are you looking forward to seeing the most during the week of September 28? What do you think is going to happen with your favorite characters? Do you have any predictions or hopes for the soap?