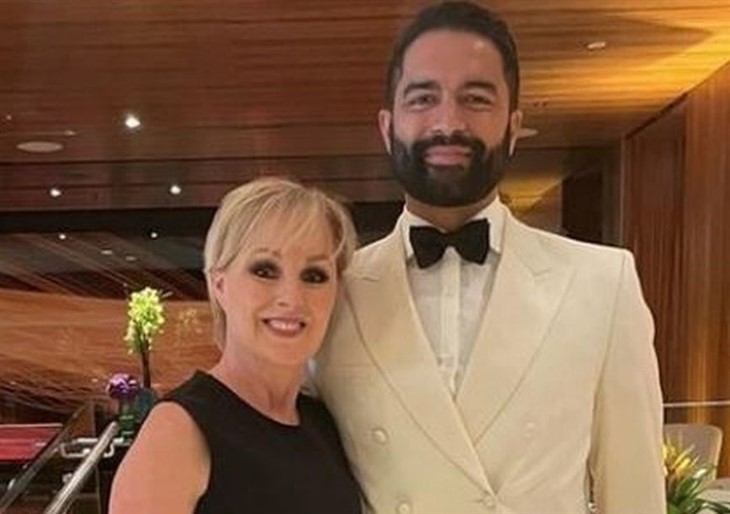 Coronation Street spoilers, news, and updates tease that the longest-running series in the world bagged a trophy for Best Soap and Continuing Drama in the recent BAFTA TV Awards.

Sally Dynevor and Charlie De Melo, who played Sally Metcalfe and Imran Habeeb respectively, glammed up and made their way to London’s Royal Festival Hall to represent “Coronation Street” as they won against Casualty, Emmerdale, and Holby City. The official social media account of “Corrie” uploaded a photo of Dynevor wearing a black dress and smiling alongside De Melo, who looked dashing with his black slacks and white suit. The caption read: “BAFTA ready.”

As documented by Manchester Evening News, when Dynevor delivered her acceptance speech, she thanked the BAFTA and honored the soap for continuing to give its viewers great storylines. “We weren’t expecting this tonight, we really weren’t, so thank you so much BAFTA for this award. Working on this show is just a privilege – and the drama and the comedy go so well on ‘Corrie,’” the 58-year-old actress stated.

One of the episodes aired by ITV was a storyline based on the real-life experience of the late Sophie Lancaster, who was attacked by the drunkards, because of her unusual look and dressed like a goth. She was repeatedly kicked and stamped together with her boyfriend, Rob Maltby, who luckily survived the unfortunate event.

The traumatic experience was given life by Nina Lucas and Seb Franklin in “Coronation Street”, played by Mollie Gallagher and Harry Visinoni respectively. Sophie’s mother, Sylvia Lancaster, then opened a Sophie Lancaster Foundation in memory of her daughter, and just last April 2022, it was announced through the foundation’s Facebook page about the matriarch’s “sudden and unexpected” death.

As they celebrated their win, Sally Dynevor also honored Sophie and Sylvia as part of their success, “And one of the most important stories we have told this year was the hate-crime story, so we would like to dedicate this to Sophie Lancaster and her mother Sylvia Lancaster.”

Just before the BAFTA Awards aired on BBC, the “Coronation Street’s” Instagram page posted a video of the stars cheering, “We’ve won a BAFTA!” Fans flooded the comment section with congratulatory messages, but some fans were displeased as they were spoiled by the results, saying: “Congrats, but why did you spoil it?”