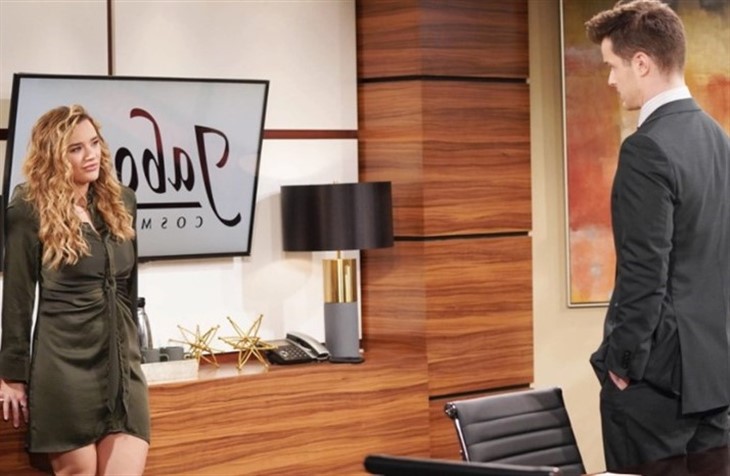 The Young and the Restless (Y&R) spoilers document that Kyle Abbott (Michael Mealor) behaved in a reckless manner when he was in New York. While the connection with Tara Locke (Elizabeth Leiner) ended approximately four years ago, his current choices have also been misguided.

Devoted Y&R fans know that Kyle’s Big Apple behavior is similar to the foolish choices Summer Newman (Hunter King) made in more recent years. However, at this point in the plot Kyle is unstable and Summer is solid. That’s a rather noteworthy reality, as their existences were reversed in the recent past.

Summer didn’t donate half her liver to Lola Rosales (Sasha Calle) for purely selfless reasons. However, that process served to allow Summer’s good heart to be seen again.

Kyle is fortunate that he and Summer are together right now. Would every woman be as forgiving after learning what Kyle did with Tara and that he chose to reveal this part of his backstory in segments? No.

King’s character has options in life because she’s smart, highly attractive, and is connected to Genoa City’s most prominent family. Kyle is well-heeled. But he’s not Summer’s only option, which Mealor’s character appreciates to an increasing degree.

Kyle should have told his dad everything. He didn’t, which leaves Jack, the Abbott family, and Jabot vulnerable.

Jack Abbott (Peter Bergman) now knows that Kyle and Tara had a romantic connection. Kyle made him aware of that fact because of the Ashland Locke (Richard Burgi) threat.

Kyle’s need to tell his father about Harrison Locke (no actor known to be cast for this role) is significant. Most importantly, that boy might be an Abbott. Also, Kyle will need his father’s help in handling an assumed positive paternity test result.

The Young And The Restless Spoilers – Ashland Locke Rightfully Upset

Anyone would be upset if he confirmed that his wife was involved with another man. While the Kara coupling happened during the later part of the last decade, it took place after the Locke’s were married.

Ashland also will consider whether Harrison is his flesh and blood. Despite his monstrous reputation, Burgi’s alter ego exhibited the type of natural feelings anyone would have for an assumed biological child.

The realization of Tara’s betrayal and Kyle’s importance now drives what comes next on Y&R.